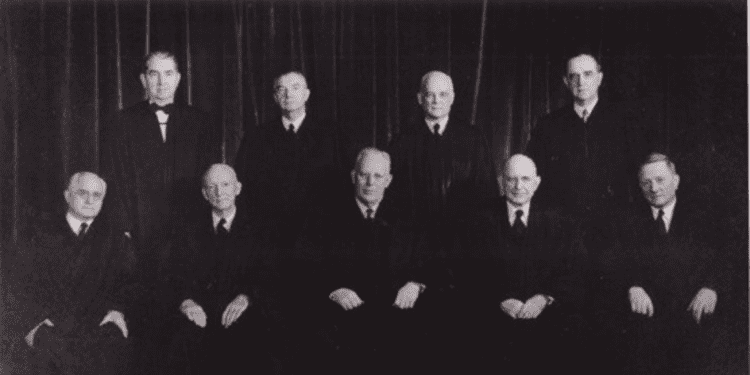 Fifty Years Of Brown: The Age Of Kritarchy

[VDARE.COM note: also Eugene Volokh's criticism of this column, as posted without links on LewRockwell.com, and Paul Craig Roberts' response.]

May 17 is the 50th anniversary of Brown v. Board of Education, the Supreme Court decision that used federal force to integrate public schools in the US. 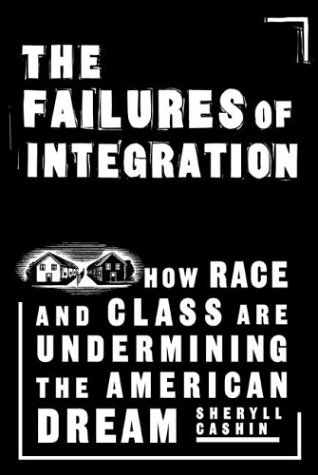 The anniversary will be widely celebrated in print. Jumping the gun by several weeks, The Nation devoted its May 3 issue to celebrating Brown. The magazine celebrated early, because the editors fear that Brown's anniversary might pass with insufficient notice by those who should most treasure the decision. Many on the liberal-left and in black civil rights circles have soured on Brown and regard the decision as contributing little to the “black freedom struggle” and even as a disservice to blacks. The celebratory May 3 issue carries an advertisement for The Failures of Integration, a new book by Sheryll Cashin, a Georgetown Law School professor and former clerk for Thurgood Marshall.

Derrick Bell, a former NAACP Legal Defense Fund attorney, has written that Brown was based on unwarranted faith in integrationist ideals and has harmed black education.

David Garrow, author of the Pulitzer Prize-winning biography of Martin Luther King, Bearing the Cross, believes that the standoffishness of the liberal-left from its handiwork is allowing conservatives to kidnap King's birthday, permitting “right-wing politicians like President George W. Bush” to “use the anniversary for wreath-laying photo-ops designed to advertise their antiracist credentials.”[WhyBrown Still Matters by David J. Garrow, The Nation, May 5, 2004]

Brown still matters to the left, Garrow writes, because the power the Court seized in its Brown ruling can be used to mandate homosexual marriage. The Massachusetts court has taken the lead, and on May 17 homosexuals will be able to obtain state marriage licenses. This, Garrow writes, is a fitting tribute to Brown's constitutional vision on its 50th anniversary.

Whether one looks with favor or disfavor on homosexual marriage, Garrow is correct. Brown gave the judiciary the power to impose its morality on society, regardless of legislation or societal values.

Brown has gained acceptance, because people have come to regard segregation as wrong. Brown got rid of a wrong and, thus, cannot be wrong itself. This is fine as far as it goes. But Brown did something else. It ushered in kritarchy—government by judges—as Supreme Court Justice Stanley Reed recognized. Kritarchy is fundamentally at odds with the separation of powers and the character of the American political system.

Now that judges rule, the fight over Court appointments has become a life and death matter for the two political parties.

Even worse, in place of good will and persuasion Brown substituted coercion as the basis for reform. May 17, 1954, is a day of infamy, because it is the day Marxism triumphed over liberalism in America.

Americans have forgotten that Brown was based in sociology, not in law. This was widely recognized at the time. “A Sociological Decision: Court Founded Its Segregation Ruling On Hearts and Minds Rather Than Laws,” read a New York Times headline on May 18, 1954. James Reston commented that “the Court's opinion reads more like an expert paper on sociology.” Columbia Law professor Herbert Wechsler, a consultant to the NAACP in the case, said that Brown would have to be “accepted on faith” as there was no constitutional principle that justifies the ruling.

That's because the Brown decision was based on Swedish socialist Gunnar Myrdal's argument that all Americans (even Northeast Liberals) are so racist that democracy would forever uphold segregation. To get rid of the great evil, an elite would have to seize power and rescue America from immorality.

With Brown, the Supreme Court elevated Myrdal's doubts about American democracy above James Madison's confidence in it. Ignoring Madison's warning, the Court made itself a “will independent of the society.” In so doing, the Court upheld Karl Marx's dictum that good will is not an effective force in human affairs.

A hundred years previously, Marx had ridiculed liberals' reliance on good will to produce reforms. Morality, he declared, is merely a mask for class interests. Coercion alone decides class conflicts.

Each scenario has an oppressor group and an oppressed group and requires an extralegal power to coerce a moral resolution.

This attitude is so widely spread today that it is taken for granted. It has fundamentally altered our vision of ourselves.

University of Virginia Law professor Michael Klarman has argued that good will was working, attitudes were changing, segregation was on the way out, and Brown was unnecessary. Although decided in the name of equality, Brown ushered in inequality before the law with the racial quotas and preferences that followed in its wake, in the end invading even freedom of conscience of the American people.

Brown's true legacy is rule by judges, the destruction of equality before the law, the replacement of persuasion with coercion, the end of freedom of conscience, and the rise of insatiable racial grievances. Osama bin Laden, no doubt, is celebrating.