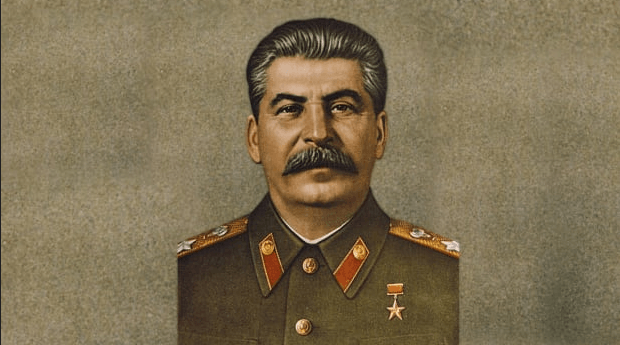 Fifty years ago today, Nikita Krushchev gave his Secret Speech to the Closed Session of the Twentieth Party Congress in which he denounced Joseph Stalin.

At that time Krushchev, the General Secretary of the Communist Party of the Soviet Union, held the most powerful political office in the world. The power that Stalin had accumulated in this position had made communism unsafe for communists.  Heroes of the Bolshevik Revolution had been subjected to "barbaric tortures" and forced to incriminate themselves "with all kinds of grave and unlikely crimes."

Krushchev denounced Stalin before the Party Congress "in order that we may preclude any possibility of a repetition in any form whatever of what took place" under Stalin.

Consequently, no one was safe.  The situation was intolerable for all, and Nikita Kruschev brought it to an end.

He no doubt realized that he was reducing his power by reducing the fear associated with his position.  But he probably did not know that in denouncing Stalin he was shattering the myth of Party Infallibility and setting in motion the ultimate demise of the Communist Party.

Party members have explained the shattering effect of Krushchev's speech on their belief system. The Eastern European satellites responded first, with the Hungarian Revolution in 1956 and the Czechoslovakian Revolution in 1968, both put down with Soviet tanks.

But life behind the Iron Curtain nevertheless changed for the better.  Camps were closed. Prisoners were released. Innocent victims were rehabilitated. Dissent became less dangerous. An underground press grew up.

Stalin, said Krushchev, "absolutely did not tolerate collegiality in leadership and in work", but

"practiced brutal violence, not only toward everything which opposed him, but also toward that which seemed to his capricious and despotic character, contrary to his concepts. Stalin acted not through persuasion, explanation, and patient cooperation with people, but by imposing his concepts and demanding absolute submission to his opinion. Whoever opposed his concept or tried to prove his viewpoint, and the correctness of his position, was doomed to removal from the leading collective and to subsequent moral and physical annihilation."

Krushchev went on to say that

"Stalin originated the concept 'enemy of the people.' This term automatically rendered it unnecessary that the ideological errors of a man or men engaged in a controversy be proven; this term made possible the usage of the most cruel repression, violating all norms of revolutionary legality, against anyone who in any way disagreed with Stalin"…or were even imagined to disagree with Stalin.

"The only proof of guilt used", said Krushchev, "was the confession of the accused himself."  Confessions, Krushchev said, "were acquired through physical pressures against the accused."

By making communism safe for communists, Krushchev created a toehold for truth. Truth grew in importance and influence. After three decades more, the reformer, Mikhail Gorbachev rose to General Secretary, reached an understanding with Ronald Reagan and brought an end to the Cold War and to the Soviet Union itself.

Neocons credit the US military buildup, and I, myself, have credited Reagan's restoration of American capitalism.

But the growth of truth in the Soviet Union is what did the job. When Krushchev denounced Stalin, he released the truth.

We need to remember this in our own days, faced as we are with a regime that brooks no dissent, seeks no expert advice, and deceitfully pursues agendas inimical to the US Constitution and to the rights and safety of citizens.

We have already fallen dangerously far when the US Department of Justice produces justifications for torture of detainees held without charges or access to attorneys, when Congress and the judiciary acquiesce to the executive disregarding statutory law, and when wars of aggression are started on the basis of lies and false accusations.

We now read of Halliburton awarded a $350 million contract to build detention camps in the United States.  Bush says "you are with me or against me."  Rumsfeld and Cheney already speak of "fifth columnists" and enemies of the regime.

It is a great lie that America needs to give up its civil liberties, the separation of powers, the Geneva Conventions, and humane treatment of prisoners in order to defend itself against terrorism.

If these are the Bush regime's terms for protection, Americans need quickly to find another government.

Paul Craig Roberts [email him] is the author of Alienation and the Soviet Economy and Meltdown: Inside the Soviet Economy, and is the author with Lawrence M. Stratton of The Tyranny of Good Intentions : How Prosecutors and Bureaucrats Are Trampling the Constitution in the Name of Justice. Click here for Peter Brimelow's Forbes Magazine interview with Roberts about the recent epidemic of prosecutorial misconduct.