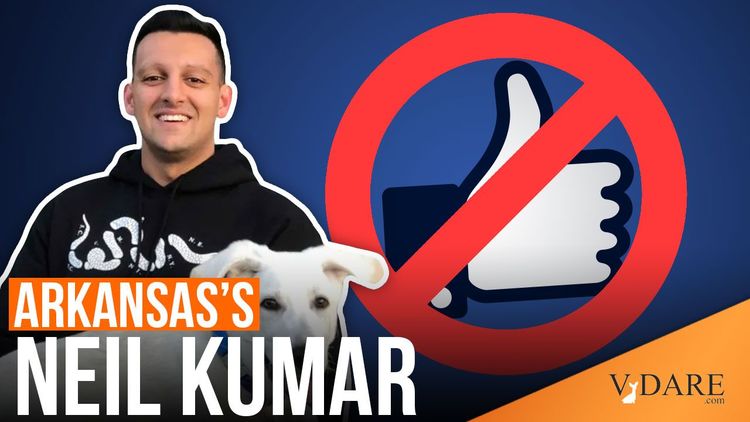 Facebook Suppresses Insurgent GOP Candidate Neil Kumar. Is It Because He Wants An Immigration Moratorium?

On July 12, I launched my campaign for the GOP nomination in Arkansas’s Third District of the U.S. House. I am primarying veteran Rep. Steve Womack, one of the few Republicans to vote for Nancy Pelosi’s January 6 Commission. One of my key issues: a twenty-year immigration moratorium. Local articles on my candidacy were published on July 13 [Kumar plans to face Womack in primary, by Stephen Simpson, Arkansas Democrat-Gazette] and July 15 [Neil Kumar announces he will challenge U.S. Rep. Steve Womack, by Ronak Patel, Fort Smith Times Record] But on July 29, less than three weeks after I started my campaign, Facebook effectively shut down my official Facebook campaign page by deleting my personal account. Maybe Mark Zuckerberg doesn’t want an immigration moratorium?

Technically, my Facebook campaign page is still up. Functionally, however, it has been disabled, because my personal account was the admin—so, while the page still exists, I cannot access it, post to it, or update it in any way. I suspect this was by design; now, the Tech Totalitarians can claim: “But we didn’t delete the page!”

What was the reason Facebook provided for deleting my personal account? “Your account, or activity on it, doesn’t follow our Community Standards.” This is a fraud on its very face, for my personal account had nothing—literally, nothing whatsoever—posted to it. It was used solely as the admin for my campaign page.

This brazen lie is similar to Facebook’s deletion of Peter and Lydia Brimelow’s personal accounts, as well as the VDARE account. The reason Facebook provided: VDARE.com and the Brimelows were engaged in “spam,” running a bot farm. Of course, this was completely untrue (and why does Facebook now also prevent unrelated third parties from posting VDARE.com material to their own Facebook pages?).

We know why Big Tech lies so arrogantly: because they know that they are above the law. At least, they think they are. The VDARE Foundation has now filed a defamation lawsuit, so we’ll see.

Of course, I was not surprised that Facebook hobbled my campaign social media. I expected it. If Facebook could ban the incumbent President of the United States with impunity, they can do anything to anyone and everyone.

But what surprised me was the speed with which my campaign was attacked. Less than three weeks after launching, Facebook shut down a Republican candidate for national office.

After all, my candidacy is frankly a long shot. I’m 25 years old and a student in law school. Womack is a six-term Congressman who generally gets over 60% of the vote. He is favored by business interests in the district (Walmart and Tyson Foods are both headquartered there) and has some $1.5 million cash on hand. (I have less than $10,000).

So what are Facebook and its masters in the bipartisan Left so afraid of? Is it who I am? My mother is Scots-Irish, with ancestry in America tracing back to 17th-century South Carolina. I’m a proud member of the blood heritage organizations the Sons of the American Revolution and Sons of Confederate Veterans. What’s scary about that?

Is it that my father is an Indian immigrant—and Democrats get mad if Third Word immigrants show signs of independence?

Are they afraid of my platform?

I want to end the Great Replacement. I’m calling for a 20-year moratorium on all immigration, deporting every illegal, and building the Wall. In the meantime, we can encourage self-deportation by ending Birthright Citizenship, denying public services to illegals, and taxing remittances.

I want to end the War on the Working Class by restoring the principle of Freedom Of Association and repealing the Civil Rights Act, ending the opioid plague, ending anti-white discrimination, and bringing our manufacturing jobs back home where they belong.

The real reason that the Tech Totalitarian are afraid is that, unlike them, I don’t hate the Historic American Nation. I defend it.

Facebook was not the first entity to attack me. Bizarrely, on July 21, the University of Arkansas School of Law, where I am currently enrolled in my final year of the J.D. program, sent a mass email to all students, faculty, and staff—except me. 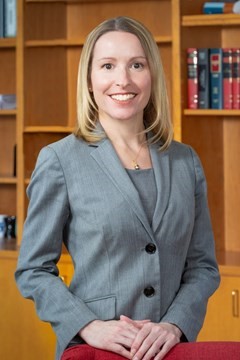 The University of Arkansas School of Law is driven by the well-being, health, and safety of our community. Recently, we have received inquiries from the public and the law school community asking for confirmation that a student is running for public office. We have responded to those inquiries in accordance with the law. This statement, issued in light of those inquiries, is intended to affirm the values of the University of Arkansas School of Law and to eliminate any confusion regarding the distinction between individual and institutional viewpoints. The University of Arkansas, as an institution, does not endorse any particular political viewpoint or candidate.

In addition, we affirm the First Amendment rights of our students, staff, and faculty. The law school supports an open exchange of ideas and respects the perspectives and contributions of each community member. We foster a dynamic and inclusive environment where diversity of all kinds, equity, factual accuracy, representation, and civility are highly valued. This feature of our community is the foundation of a functional democracy, the rule of law, and the legal profession.

We believe inclusivity at the University of Arkansas and the School of Law fosters a sense of belonging. Identifying our commonalities while striving to understand our differences creates a broad understanding of our shared humanity and is the foundation of our mission to build a better world.

As always, we will continue to be responsive to inquiries about our community members as the law and University policy require.

University of Arkansas School of Law

The prevailing interpretation of this strange email is that, while the School of Law is being inundated with calls to expel or otherwise take action against me, and while the school would love to do just that, as a public university its hands are tied by the First Amendment.

And I have no doubt that the hysteria was intense. Thus, absurdly, on July 17, just five days after I launched my campaign, my barber of several years, Andrew Hagood at Uptown Barber Lounge in Bentonville, Arkansas, told me via text message that I was no longer welcome as his customer: 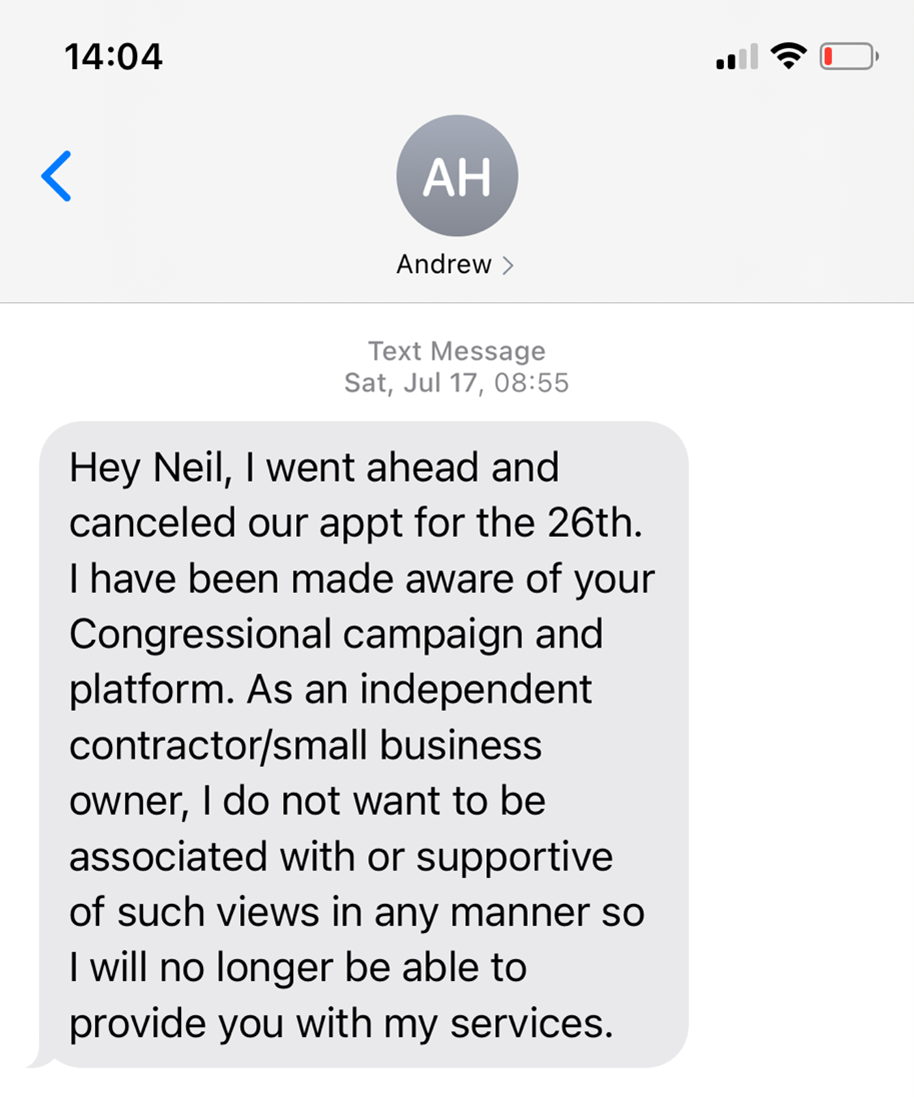 Who knew that cutting my hair was the same thing as endorsing my politics?

I know that these atrocities barely scratch the surface, that I will suffer many more attempts to drive me from the public square. The point here is that all of this has happened to me almost immediately after launching my campaign. I am being suppressed right out of the gate.

Some may think the term “atrocity” too hyperbolic, but it isn’t. The ever-expanding Digital Gulag is but the precursor to the real Gulag.

We have seen entire nationalist political parties banned, their elected representatives imprisoned—see the Golden Dawn in Greece, and the Vlaams Blok in Belgium.

We have seen political dissidents like Lauren Witzke harassed by the TSA and Nick Fuentes placed on the no-fly list, a category supposedly reserved for terrorists. We have seen these and other dissidents, like Pete D’Abrosca, get de-banked, a process which will surely accelerate with PayPal’s recently-announced partnership with the Anti-Defamation League of B’nai Brith.

We have seen Trump supporters murdered in cold blood, including one unarmed woman inside the U.S. Capitol, without any consequences. We are seeing Trump supporters get tortured in conditions akin to a CIA black site in the D.C. Jail, with these innocent patriots facing solitary confinement and beatings so severe that one has lost an eye. Their only crime was loving their country. Listen to them sing the National Anthem, protest song for a nation that no longer exists, as Darren Beattie recently wrote.

And, just as I warned before the 2020 “election,” we are witnessing the National Security State turn inwards against the American people—the real American people. The Regime’s new “War on Domestic Terror” is really just a War on Whites. The Armed Forces are being purged of patriots, historically the precondition for an occupying army which possesses no sympathy for the population it is to subjugate—and worse.

The crippling of my campaign, a Republican bid for United States Congress, so soon after launching, should alarm us all. Our enemies are accelerating faster than ever before, showing us that they no longer feel the need to use any pretense for their actions.

The silver lining in all of this, however: each time a patriot is suppressed, arrested, or killed, the Regime is effectively acknowledging that, in a free society where ideas may be exchanged unencumbered, we win.

Neil Kumar [Email him/Tweet him] is a Republican candidate for U.S. Congress representing the Arkansas Ozarks. He is a member of the Sons of Confederate Veterans and Sons of the American Revolution, with blood that has been Southern since the seventeenth century. His work can also be found at the Abbeville Institute, American Renaissance, Clyde Wilson’s Reckonin’, Identity Dixie, and Truth to Power.  See an interview with him on the Dissident Mama podcast here.