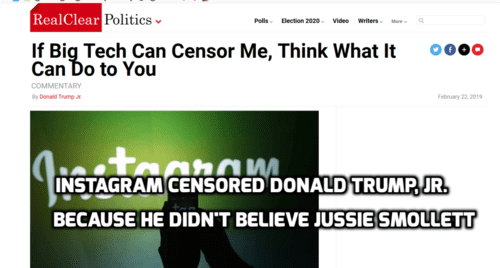 Conservatism Inc. Finally Admits Patriots Are Being Deplatformed, Attacked. So What Is It Going To DO?

Field representative Hayden Williams of the Leadership Institute was recently tabling at the University of California-Berkeley when he was attacked by an unhinged campus leftist. [Conservative activist punched in face at Berkeley says incident part of ‘disturbing’ trend, by Stephen Loiaconi, ABC 12, February 26, 2019]

The video has since gone viral and is being heavily promoted by the Leadership Institute and by Turning Point USA, the organization Williams was specifically recruiting for. [Video: Conservative suffers blow to the face at Berkeley (Update: Police ID Suspect), by Adam Sabes, Campus Reform, February 21, 2019] Despite some reports that a suspect has been “identified,” there have been no confirmed reports from the police. This is literally incredible, considering that the incident was captured on video and the suspect was not wearing a mask.

Charlie Kirk [Tweet him] founder of Turning Point, is complaining that the Main Stream Media is not showing any interest in the case. Donald Trump Jr. has also spoken out about it. [Media prove they don’t care about violence against Trump supporters, American Greatness, February 26, 2019]

Of course, the grassroots are getting fired up online about the double standards. The conservative organizations involved will rake in more donations. Which is fine. But if that’s all, nothing concrete will be accomplished.

Double standards are nothing new. Complaining about them is likely to be as ineffective as President Trump’s constant griping that the media is “unfair.” 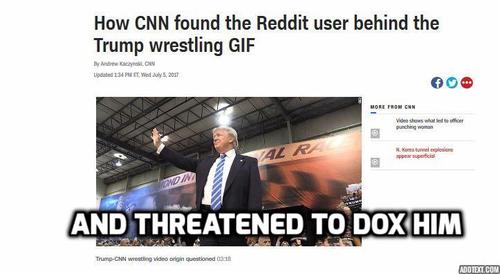 The real question centers around power and its true nature. President Trump is supposedly “in power,” but the 2016 victory has proved nothing short of a disaster for ordinary patriots. A wave of deplatforming, Antifa attacks, and media doxxng operations has followed, with essentially no pushback from the Establishment Right.

This Corporate Cultural Marxism has now reached the First Family itself. Donald Trump Jr. was recently censored by Instagram, as was RNC spokeswoman Kayleigh McEnany. Chronicling these and other incidents in an article for RealClearPolitics, Donald Trump Jr. wrote:

As the Smollett hoax illustrates, the political Left and Establishment Journalists want nothing more than to return to a world in which their narrative is the only one that matters–and the truth is whatever they decree it to be.

He’s right of course, and the campaign is accelerating. On Tuesday, two more major conservative figures deplatformed. Anti-Islamization activist Tommy Robinson was kicked off Facebook only days after exposing that the BBC worked with antifa activists at HOPE Not Hate to create a “Tommy Takedown” [Tommy Robinson banned from Facebook, Instagram, by Oliver JJ Lane, Breitbart, February 26, 2019]. Raheem Kassam, former editor of Breitbart London and a well-known conservative activist, was also kicked off Facebook. (He was eventually let back after protests from, among others, Donald Trump Jr.). [Facebook briefly bans former Nigel Farage chief Raheem Kassam, by Rudy Takala, The Daily Caller, February 26, 2019].

Conservatism Inc. now at least recognizes deplatforming is an issue. Matt Schlapp of the American Conservative Union recently announced that a slot at CPAC will feature Senator Josh Hawley of Missouri, who “will talk about the growing concerns around big tech companies and what Congress needs to do about it.” Hawley has questioned whether large tech companies should continue to benefit from the Section 230 protection in the 1996 Communications Decency Act, which protects social media platforms from being sued for user content.

Yet the ironic result of taking away this protection could be the destruction of small internet startups, ensuring that Facebook, Twitter and other large companies are the only ones who can maintain a large user base [Josh Hawley’s war against Big Tech could bring down small startups, by Bryan Lowry, McClatchy, December 6, 2018]. Big Tech, of course, is entirely governed by the Left.

The larger problem: Conservatism Inc.’s dogma is preventing it from doing anything productive. There are two critical issues.

Conservatism Inc.’s tradition of “purges” and selling out its own is well known and is arguably the defining characteristic of the movement. Thus it was less than a month ago the entire Republican Party threw Congressman Steve King under the bus because he was misquoted by the New York Times.

With online censorship, the temptation is to remain silent as the “unrespectable” elements are gradually deplatformed. Indeed, those who are not deplatformed actually benefit from the lack of any competition to their Right. Certainly, the “Never Trump true conservative” types would have rejoiced if Donald Trump’s Facebook account had been purged in 2015, as the company was reportedly considering. [Sheryl Sandberg and other Facebook execs reportedly investigated if they could ban Trump after Zuck was ‘appalled’ by his call for a Muslim ban, by Rob Price, Business Insider, November 14, 2018] Indeed, journalists enforcers are still crusading to get President Trump banned from Twitter even now. [Donald Trump breaks Twitter’s rules, so why not ban him? By Hannah Jane Parkinson, The Guardian, October 29, 2017]

Even more serious: conservatives, because of their attachment to “free market principles,” are ideologically incapable of confronting the Leftist corporate power structure now called “Woke Capital” [The Rise of Woke Capital, by Ross Douthat, New York Times, February 28, 2018]. Thus, at a time when populism is on the rise globally, American conservatives are in the idiotic position of trying to defend companies like Amazon from socialists like Alexandria Ocasio-Cortez, even while Amazon continues a crackdown on conservative speech. Simply to “own” AOC, many conservatives are now defending massive tax breaks and giveaways for a left-wing billionaire who is using his power to crush grassroots conservatives [Good riddance to Amazon, by Dennis Saffran, American Greatness, February 19, 2019].

Donald Trump Jr. has called for ordinary conservatives to “speak up.”

Agreed. Enough of this nonsense it’s time for everyone to speak up. https://t.co/WN53lMflUK

But you can’t “speak up” if you’ve been kicked off the platform.

And the idea that normal Americans will simply react against Leftist extremism is dangerous when every late-night comedian, cable news anchor, and professional pundit (including most of the “conservatives”) has the country gaslit about “Nazis” in the GOP.

Charlie Kirk of Turning Point USA tweeted that he wanted the attack on Williams to be treated as a “hate crime.” That can only happen if political ideology if conservatives become a protected group—especially because people keep attacking them. [81-year-old Trump supporter assaulted over his MAGA hat, by Craig McCarthy, New York Post, February 26, 2019]

More broadly, ideology should be treated like race or sex, something that can’t be used for discrimination in employment. This would remove the power of journalists to dox ordinary people, something they seem increasingly eager to do. [‘Reporters’ Dox Private Citizen for Believing in QAnon, by Peter D’Abrosca, BigLeaguePolitics, February 23, 2019]

There are rumors the suspect in the Berkeley assault case is tied to an Antifa organization. If this is proven true, now is the time to do something about it.

Tech companies have been given tremendous privileges by the federal government in order to operate. Amazon also benefits from the taxpayers. [Amazon is thriving thanks to taxpayer dollars, by David Dayen, New Republic, January 9, 2018]

There is a time limit to all this. Like Tucker Carlson said in his monologue about online free speech, the Left is determined to prevent anything like the viral nature of President Trump’s 2016 election victory from happening again.

Without real action, not just talk, there is no chance President Trump will even come close in 2020.

And complacent, self-congratulatory Conservatism Inc,. snark about “so much for the tolerant Left” is just not going to cut it.