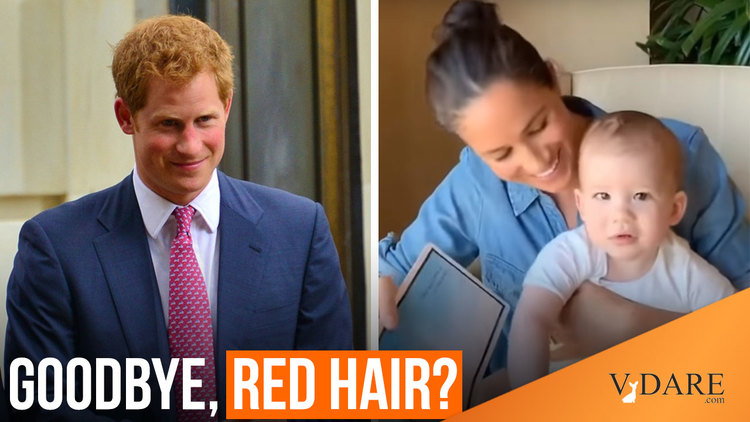 See also: “She’s Trouble”—But So Is He! Evolutionary Psychology Says Meghan and Harry Will Divorce

The British Royal Family has been shaken by allegations that a senior Royal asked questions, while Meghan Markle was pregnant, about how dark her son Archie’s skin might be. Prince William was moved to publicly state that “We’re very much not a racist family,” breaking with the tradition whereby Royals do not respond to questions shouted out by reporters [Prince William haunted by interview 'we're not a racist family,' by Richard Palmer, Express, March 12, 2021]. But, of course, speculation about what characteristics an unborn baby may inherit is perfectly normal, and skin color is an interest that we might expect from any family into which a mixed-race person marries. It is Markle’s reaction to the question that is far more worrying.

Markle’s allegation, during her much-touted Oprah interview, was made amidst a series of other fantastically improbable or simply false assertions: that she never researched the royals online before getting married, that she and Harry were wed in secret prior to their public marriage, that it was Archie’s right to be a prince from birth (only male-line children and grandchildren of a monarch are automatically princes), and that she hadn’t seen her half-sister Samantha Markle for 20 years [Meghan and Harry’s sensational claims fact-checked, by Jack Elsom et al., Mail Online, March 8 2021].

So, it is reasonable to conclude that whatever Markle says is going to be at best a misleading half-truth. Meghan implied that the “questions” being asked about “how dark” Archie’s skin would be were “racist;” reflecting concern that his skin would be too dark. In saying to Oprah they were asked “in tandem” with their being told that Archie might never be a prince, she strongly implied that the “racist” was Prince Charles, because whether Archie will be made a prince would ultimately be in the gift of the future king, a point made in many commentaries [Did Prince Charles make the racist comment about the colour of Harry and Meghan's child?, by John Fraser, National Post, March 11, 2021]. 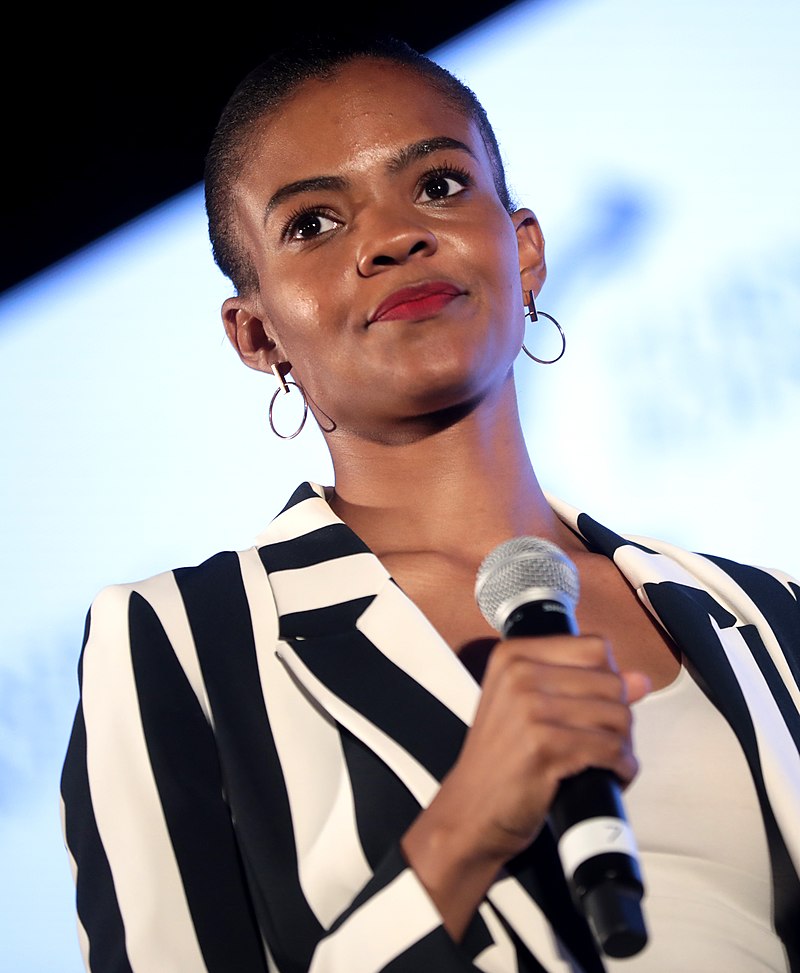 Meghan Markle is far from your average biracial American with a black mother and a white father. She does not look like other such people, as Candace Owens, right, who is much darker than Meghan, has pointed out [Candace Owens says Duchess Meghan isn’t Black enough to experience racism. Here’s why she’s wrong, by Cydney Henderson, Yahoo News, March 12, 2021].

In fact, Meghan doesn’t in any way look black. Granted, according to doctors she’s probably had plastic surgery to make her nose look less African [Plastic Princess! Meghan Markle Nose Job Exposed by Top Docs, by Radar Staff, Radar, January 27, 2019] and, clearly, she straightens her hair, also to look less African. But she wouldn’t look out of place in southern Spain, where some people have distant Moorish or black slave ancestry.

So, it’s perfectly legitimate to wonder what how dark Archie’s skin would be.

The average African American is about 20% genetically white, due to admixture on slave plantations [Why Race Matters, by Michael Levin, 1997]. This is even higher among many blacks in the northern states, as they left the South earlier and were often “mulattoes” who then married other mulattoes. Meghan’s mother’s grandparents left Tennessee for Ohio, so they have long been settled in the north and her mother (Doria Ragland, pictured below with Meghan) is clearly quite light. My guess: “mixed race” Meghan is probably at most only about 30% black.

While Thomas Markle is happy to turn up at the opening of a fridge door so he can trash his daughter let's give thanks to Meghan's mum Doria Ragland who has behaved impeccably since she started dating Harry ❤️❤️❤️ pic.twitter.com/fewckBBIa4

Usually, a child looks like a mixture of its parents, but things can get quite complicated if those parents are of different races or have recessive traits. (Things also get complicated, and very possibly negative, in terms of the personality traits inherited when the parents come from very different races, as I have argued is the case with Markle).

For example, red hair, like Prince Harry’s, is recessive. This means that, unless you have two copies of the gene that causes red hair, you will not inherit it. But it also means that a family can have no redheads for generations and then suddenly produce a redhead when two people each with a copy of the recessive gene procreate, when there is a one in four chance of a red-headed child [Are You Carrying the Redhead Gene?, by Marc Lallanilla, Live Science, January 28, 2013].

Skin color is much more complicated, because skin-color is highly “polygenic,” involving many genes working together. This leads all kinds of unlikely but possible combinations, with results that appear intuitively odd.

For example, it has been calculated that there is a one in 4000 chance that the child of black-white parents would look, in essence, rather “white”—higher if the black person had some distant white ancestry [Mixed-race People are Mildly Complicated, by Razib Khan, Discover, October 5, 2011].

Sometimes, even rarer combinations can occur. There have been documented cases of overtly black parents having a rather white-looking child that doesn’t look much like either of them or of a racially-mixed couple having a completely white child. This “genetic throwback” occurs because both parents carry assorted “white” genes and, by unlikely but possible genetic chance, most of these happen to combine, resulting in a child that looks “white” [How a white baby can be born to a black mother - the statistics of skin colour, by Sophie Warnes & Ann Leach, Mirror Online, September 1, 2014].

How a white baby can be born to a black mother - the statistics of skin colour - Mirror Online https://t.co/LwD3JCxdVW

There was even a case in Birmingham in England, which made the front cover of National Geographic, in which non-identical female twins were born to a black-white couple, with one looking “white” and the other looking “black” [These Twins Will Make You Rethink Race, March 12, 2018]. (Of course, despite the headline, this is no reason whatever to “rethink race,” but National Geographic Editrix Susan Goldenberg is a fanatical race-denier.) 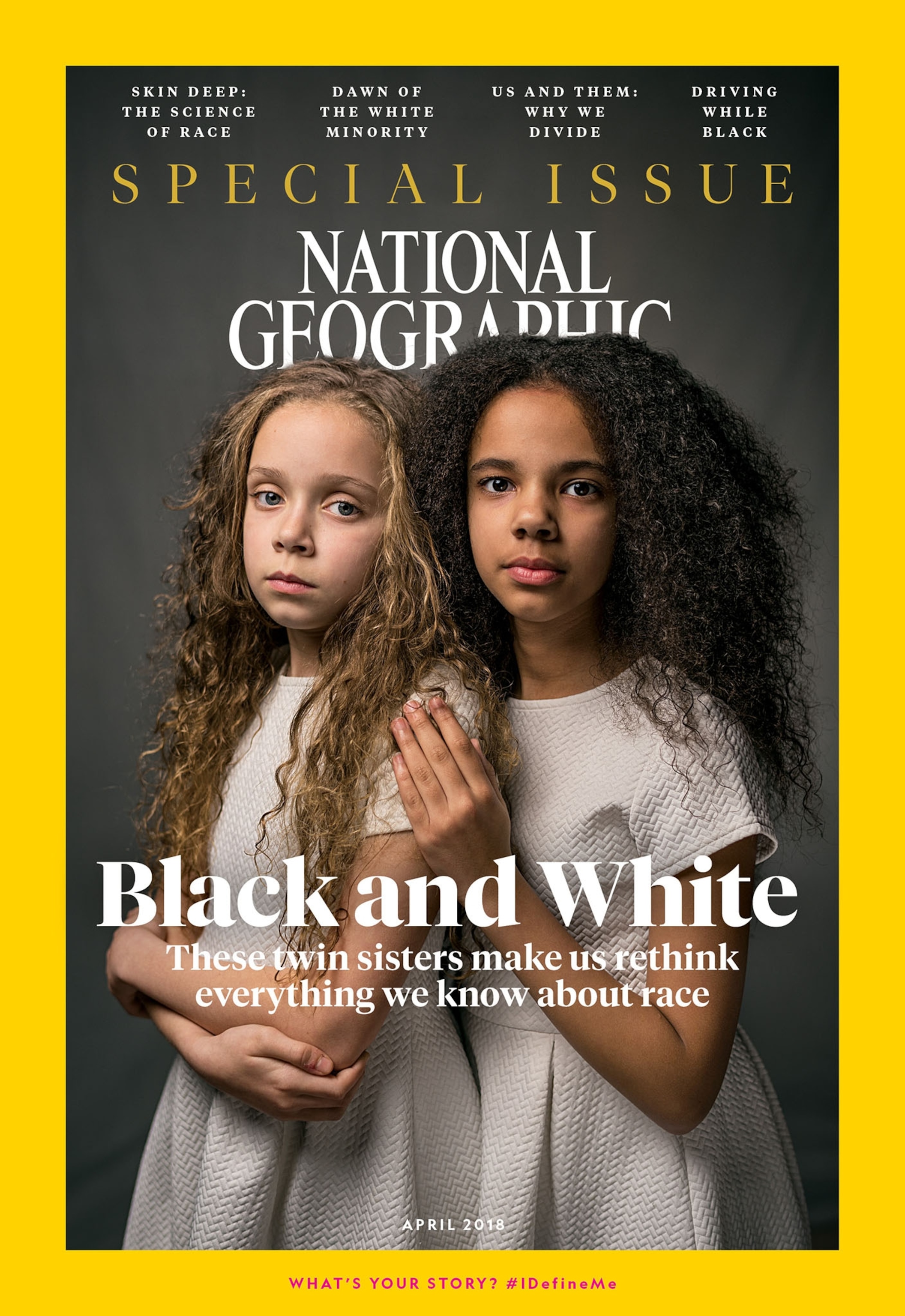 So why shouldn’t Prince Charles (or whoever) wonder how “dark” his grandchildren’s skin might be? And why wouldn’t he be interested in the issue of heredity, considering that his entire life has been dominated by the principles of heredity?

And, as it turns out, he had reason to wonder. From the photos we have seen, Markle and Prince Harry’s son Archie seems to be a slightly unusual-looking white child. Certainly, his skin seems to be white, despite his mother having dark skin. 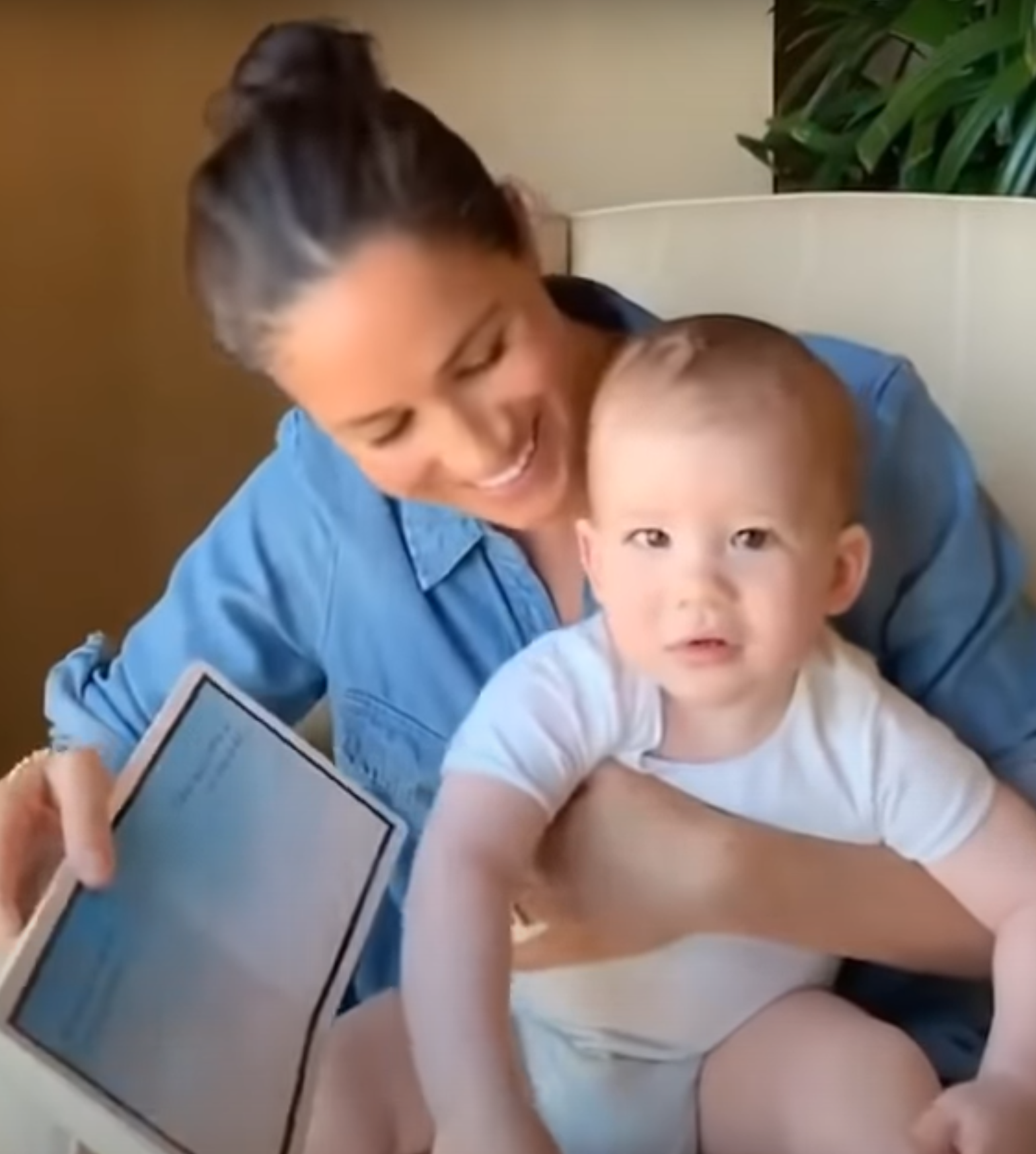 Meghan and Harry have not revealed who made these supposedly hurtful remarks about Archie’s skin color allegedly out of concern that doing so would “damage” the person who made them. But it is Meghan’s potential to cause “damage” that people should be more concerned about. Meghan’s half-sister Samantha has accused Meghan of having “Narcissistic Personality Disorder” (like Hillary Clinton). And there is every reason to think that Samantha Markle is correct [Samantha Markle, Who “Doesn’t Know” Meghan, Claims She Has “Narcissistic Personality Disorder”, by Mehera Bonner, Cosmopolitan, March 21, 2021].

Of course, this “pop diagnosis” is heavily over-used and has become a kind of insult. But in terms of the Wikipedia definition cited above, Markle certainly shows the traits of “arrogant and haughty behavior” and feeling highly “entitled,” as seen in the many bullying allegations against her. Clearly, she loves being the center of attention, hence the Oprah interview, which also seemed to reveal a fantasy of “ideal love,” one of the disorder’s traits.

However, she also displays traits of covert Narcissism [Signs of covert narcissism, Medical News Today, Jun. 12, 2020]. Such people are very easily offended—which may be what happened with the question about Archie’s skin tone. They are also highly controlling of other people, due to a deep fear of abandonment. Hence Meghan has taken Prince Harry away from everything he knows, believing that she has somehow rescued him.

Unfortunately, this may be what is happening with Prince Harry. Eventually, Meghan will tire of him and abandon him—something that will do far more psychological damage to her children than innocent and reasonable questions about how dark their skin will be.