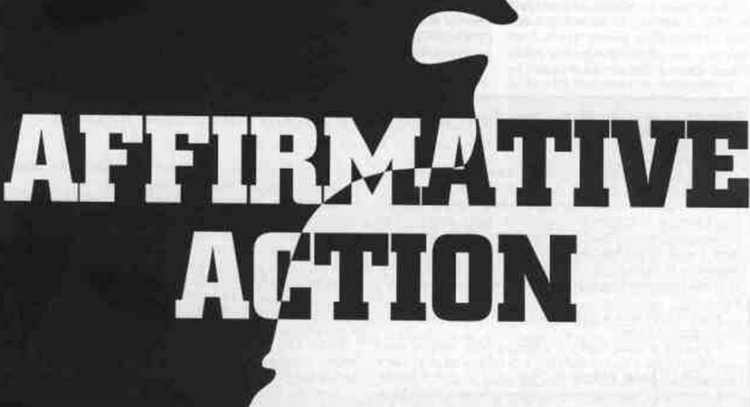 Blast from the Past: Spiral Of Silence

[VDARE.COM NOTE: This was written in 1992, but the Supreme Court's recent Michigan decisions make it more relevant than ever. We expect to post several more such pieces over the summer.

In the wake of the Los Angeles looting there will be calls for more “affirmative action“ in hiring. Sociologist Frederick Lynch reminds us that affirmative action creates losers as well as winners.

“ I HAVE ALREADY given two cousins to the war, and I stand prepared to sacrifice my wife's brother rather than the rebellion be not crushed.“

Government-imposed quotas were explicitly banned in the 1964 Civil Rights Act. Nevertheless they immediately spread through the economy. For most of that time, they received eerily little media and even less academic attention. Of some 1,300 papers given at a recent American Sociological Association conference on Race and Ethnic Relations, the topic attracted only one.

The result: the situation summarized in the title of Lynch's new paperback, Invisible Victims: White Males and the Crisis of Affirmative Action (Praeger, $14.95). The ideal of merit hiring has been subverted by politicized hiring, with white men unable to defend themselves against open discrimination. But quotas bring other problems, including conflict among the “protected classes“ they benefit, and growing racial polarization, particularly as the articulate middle class begins to suffer.

Lynch just laughs at the suggestion, recently made by a columnist in a business weekly, that affirmative action, while a regulatory burden, is not massive in scale.

“Race-norming [adjusting test scores to produce racially proportionate results] alone affected millions of people,“ he says. “Many state and local governments did it with their GATBs [General Aptitude Test Batteries, taken by job seekers and supplied to potential employers]. And private testing agencies did it to protect their clients against lawsuits—they called it “EEO-proofing.“ (The federal Equal Employment Opportunity Commission muscles business into quotas.)

But Lynch is not surprised at the blunder. “There's incredible denial,“ he says. He cites California Democratic Representative Don Edwards, a mouthpiece of the civil rights establishment, claiming on the New York Times Op Ed page that quotas did not exist—within weeks of three Supreme Court decisions about them. And, using similar Orwellian doublethink, supporters insisted that the 1991 Civil Rights Act did not impose quotas, although its key point was to override the Supreme Court and make work force racial imbalance prima facie evidence of employer discrimination.

It's understandable—in a way. Sears, Roebuck & Co. spent 15 years and perhaps as much as $20 million to defeat an EEOC discrimination suit. Sears prevailed largely because it was able to show it had a voluntary quota program. Corporations cling to such programs as a defense in court, even if it means putting up with some unqualified or incompetent workers. They hate white male employees moaning about quotas—and, above all, suing to expose reverse discrimination's legal inconsistencies.

The white male victims of affirmative action are diffused through the population and hard to track down. After finding and interviewing a sample, Lynch has identified several reasons for their helplessness.

“Affirmative action has been an administrative revolution imposed by judges and bureaucrats,“ he says. It is not easily opposed, particularly because much of it is implemented informally and orally. Recently, the secrecy has in part been a response to the increasingly unstable legal situation as the influence of the Reagan-Bush judicial appointments is felt. But Lynch says some affirmative action personnel openly tell him they intend to get around any law.

A few of Lynch's male victims were political liberals who felt obliged to rationalize their fate. But most acquiesced with varying degrees of anger; some changed jobs. Usually totally isolated, these men felt that no one would help them.

They were right. The older generation of white male managers has compromised, Lynch argues, because they think quotas will fall only on the younger, baby-boom generation. And the EEOC discourages white male discrimination complaints about corporations with approved, i.e., anti-white male, affirmative action plans. Litigation, for the tiny group that tried it, proved expensive, exhausting, chancy and immensely time-consuming—one case remains unsettled after more than six years.

A further factor in this male paralysis: the peculiar male psychology itself. These victims seem really to have believed that real men don't cry. A considerable number did not even mention their disappointment to friends, relatives or fellow workers.

Their wives almost always felt no such inhibitions. “My wife is mad as hell; she's angrier than I am,“ said a victim. Some wives absolutely insisted on being interviewed for Lynch's study. One woman made a telling point: Discrimination against white males injures not only the men themselves but their wives and families. “This 'hidden' or latent conflict generated by affirmative action between career women versus homemaker wives has gone virtually unnoticed in the affirmative action literature,“ Lynch notes judiciously.

“Karl Marx insisted that for any sort of class consciousness to arise, there must be communication of a common sense of oppression,“ Lynch writes. “With the mass media and the social sciences rarely recognizing the phenomenon, much less portraying it sympathetically, white males have been easily and silently victimized one by one.“

Lynch's survey of the media indicates that quotas have been basically ignored. Thus he was unable to find one TV show portraying a white male being damaged by affirmative action.

Partly the media were able to ignore the issue because neither conservatives nor liberals raised it. For example, the likelihood that Robert Bork would find quotas unconstitutional spurred the civil rights establishment's fanatical resistance to his Supreme Court nomination. But White House lobbyists said nothing.

Partly, however, the media's motive is ideological. From J. Anthony Lukas' bestseller about busing, Common Ground, Lynch quotes a Boston Globe reporter: “If they [the Boston Irish] don't like integration, we'll shove it down their throats.“

All of which, Lynch argues, has induced a classic “spiral of silence,“ whereby people assume their doubts are not shared and suppress them, thus mutually intimidating each other. But in fact opinion polls show quotas are overwhelmingly unpopular, even with the “protected classes“ themselves. And when the Democratic Party asked pollster Stanley Greenberg to investigate blue-collar defection [ PDF] in the 1984 presidential election, quotas emerged as the crucial factor. The party promptly tried to stifle Greenberg's report.

Lynch is now researching his next book on “diversity management“—the use of quotas, with no pretense that they are remedial or temporary, for the current beneficiaries of affirmative action and the ongoing wave of nonwhite immigrants. This is the new frontier for affirmative action professionals. However, Lynch reports that they receive his research on white males with new interest.

“They're worried about 'The White Male Problem,' white males resisting their work,“ he says. “They just can't understand it.“

War On Whites
<< Previous
Next >>
LATEST