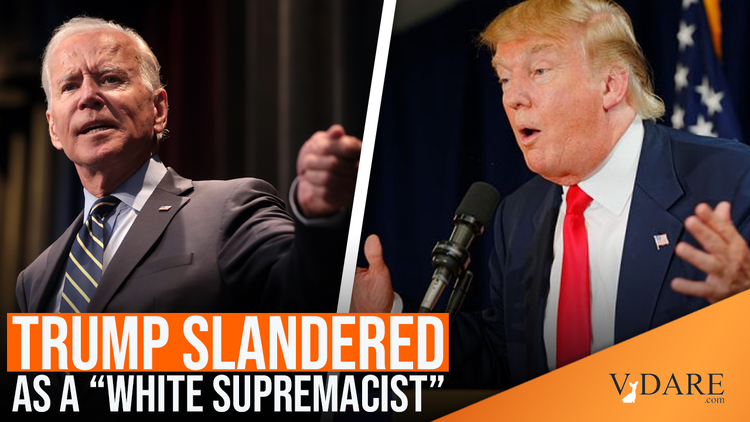 Biden, Wallace, Media Rout Trump With “White Supremacy” Bogeyman—Helped By His Own Appointees. It’s His Fault, For Quarrelling With Ann Coulter

Last week’s presidential debate featured one of the most ridiculous claims in the annals of presidential debates: Imaginary “white supremacists” are a dire threat to the Republic, but the Antifa-Black Lives Matter rioters are nothing much to worry about. Moderator Chris Wallace assisted Democrat Joe Biden by demanding that President Trump denounce those “white supremacists,” and then permitted Biden to claim, absurdly, that Antifa is an “idea.” Though Trump rightly said the violence in Portland, Oregon, Kenosha, Wisconsin and elsewhere is the work of Leftist radicals, he subsequently betrayed the Proud Boys on Sean Hannity. Dubious claims from Trump’s Deep State appointees and GOP cucks, whom Biden duly cited, haven’t helped. Overall, Trump blew it. But he can recover if he denounces and cracks down on Leftist violence.

But let’s be fair. Trump was debating two opponents. The schoolmarmish Wallace, who showed his hand when he asked the loaded white-supremacists question, clearly meant to put Trump on the defensive and assist Sundown Joe. Wallace framed Critical Race Theory, with which federal agencies are brainwashing employees, as mere “racial sensitivity” training. Trump responded that he stopped it because the training is racist and anti-American. But he didn’t tell the whole truth. It’s anti-white.

When Wallace addressed the Floyd- and Blake-Hoax riots, he flat-out lied in suggesting the arson and looting came from the Right. Biden and his front man vehemently demanded Trump condemn “militias,” “white supremacists,” and the “Proud Boys.” Trump complied, telling the latter to “stand down and stand by,” while emphasizing that the violence in our cities is coming from the Left. Wallace meekly asked Biden to condemn Antifa, which Biden refused to do. “Antifa is an idea, not an organization,” said he, with zero pushback from Wallace [Trump to far-right extremists: ‘Stand back and stand by,’ by Kathleen Ronayne and Michael Kunzelman, Associated Press, September 30, 2020].

Biden appeared completely unconcerned about Leftist revolutionary violence in Portland and denied he could do anything about it because he’s “not in office.” And that Trump was responsible anyway because he is blocking Democratic officials from stopping it [Trump, Biden trade jabs about Portland, antifa, Proud Boys in first presidential debate, KGW, September 29, 2020]. In fact, Trump pulled back federal lawmen from Portland two months ago, and Antifa still rules the city [Federal officers pulling out of Portland: U.S. Homeland Security, Oregon governor, Reuters, July 29, 2020]. That claim from Biden went unchallenged, too.

On the other hand, Biden was mighty exercised about the Unite the Right Rally in Charlottesville way back in 2017, and reprised the false narrative that “white supremacists” started the violence that day. They didn’t, as VDARE.com has repeatedly shown. But even if they had, it pales in comparison to Antifa-BLM’s subsequent costly campaign of arson, looting, and murder.

Biden delivered this dramatic rendition to pin the violence on Trump—whom he also called a “liar” and a “clown.”

Close your eyes, remember what those people looked like coming out of the fields, carrying torches, their veins bulging ... just spewing anti-Semitic bile and accompanied by the Ku Klux Klan—a young woman got killed—and they asked the president what he thought, he said there were very fine people on both sides.

Biden has claimed the events in Charlottesville inspired what will be his last run for the White House, and after the debate, his campaign released an ad that falsely ties Trump to fantasy right-wing violence.

There’s no other way to put it: the President of the United States refused to disavow white supremacists on the debate stage last night. pic.twitter.com/Q3VZTW1vUV

(That ad, by the way, has provoked threats of a defamation lawsuit from famed lawyer Lin Wood on behalf of Kyle Rittenhouse, whom the ad falsely calls a white supremacist [Kyle Rittenhouse suing Biden, campaign, by Victor Morton, Washington Times, October 1, 2020]. This is potentially serious for Biden: Libel is notoriously tricky for public figures, but Rittenhouse is clearly not one, which is why Wood was able to force settlements out of CNN and Washington Post on behalf of Nicholas Sandmann).

Biden’s move is clearly aimed at white suburbanites who detest the riots and non-whites who aren’t thrilled to vote for Biden. If Trump wins, his message will say, bands of Nazis will roam the streets.

Bad as Biden’s smear was, cowardly Republicans effectively joined him and demanded Trump’s denunciation of a non-existent threat. Trump folded and condemned “white supremacists” and also the “Proud Boys” on Sean Hannity’s Fox News show (albeit while saying he knew little about them—which is entirely his fault for quarreling with Ann Coulter). It was a weak move, but at least he correctly argued—as he did during the debate—that the real danger emanates from the Left.

Trump can’t undo the error. So now he must bring FBI director Christopher Wray and acting Homeland Security secretary Chad Wolf into line. Their obviously false claims about the danger of “white supremacists” gave Biden the ammunition to undermine Trump. And Biden will continue using that ammo unless they change their tune.

This is what Wolf told a Senate committee:

White supremacist extremists, from a lethality standpoint over the last two years, particularly when you look at 2018 and 2019, are certainly the most persistent and lethal threat when we talk about domestic violent extremists.

Wolf awaits confirmation as permanent DHS chief, and was trying to counter allegations that DHS is ignoring white supremacists to focus on the Left. How reassuring

FBI chief Wray told Congress before that “racially-motivated violent extremism” makes up the largest share of domestic terrorism. His false claim that Antifa is an “ideology” presumably gave Biden the notion to claim that it was an “idea” during the debate [FBI director says antifa is an ideology, not an organization, by Eric Tucker and Ben Fox, Associated Press, September 17, 2020]. (That very same argument could be better used in the case of the amorphous white supremacist concept but, oddly, no one seems to apply it.)

Significantly, Wray also told lawmakers that the FBI doesn’t classify Antifa violence as “left-wing extremism,” but instead calls it “anti-government extremism.” This category also includes militias and “sovereign citizens”—groups normally associated with the Right. Wray did casually mention that most violence in 2020 originates from “anti-government extremists,” thus directly countering the popular media narrative that it comes from “white supremacists.”

There's a video going around that makes it look like Director Wray testified that white supremacists are our biggest domestic terrorist threat. The full clip shows him stating that anti-government extremists are responsible for all the lethal attacks in the country this year. pic.twitter.com/H90RqgZL0W

But most journalists didn’t pick up on the distinction. They connect “anti-government extremism” with Timothy McVeigh, the Branch Davidians, and Cliven Bundy (all white, none of them “white supremacists” but the MSM doesn’t know that), not Antifa. This classification obscures the truth.

Wray defended it by saying the FBI doesn’t look at politics. “We don’t really think of threats in terms of left, right, at the FBI. We’re focused on the violence, not the ideology,” he said.

If true, then why mention “white supremacists”?

In other words, Wray and Wolf have provided Biden and his MSM auxiliary the means to hide Leftist terrorism and bolster Ruling Class willful ignorance about the source of the violence in places like Kenosha.

It won’t surprise anyone that our intelligence agencies would hide the truth from the public. The same people tried to topple Trump with the Russia collusion hoax and have undermined one policy after another for four years. These Deep State apparatchiks know it would help Trump to classify Antifa correctly. So they simply pretend it’s just an “idea”—far less dangerous than Klansmen burning crosses and sending frightened blacks screaming into the night. Maybe BLM is an idea, too.

Yet the comments from Wray and Wolf show that Trump desperately needs to clean house. He might have to wait until he gets a second term, but in the meantime he should at least pull Wolf’s nomination. He can’t permit cabinet secretaries to lie about domestic terror, and hide the real perpetrators, to help Biden and the MSM paint Trump as a racist sympathizer of “white supremacists.” Kris Kobach would be a much better pick. He wouldn’t lie to the public about Antifa.

From now through Election Day, Trump must avoid the Media/ Dem Complex’s carefully laid trap. He must forget about “denouncing” imaginary threats, no matter how hard Biden’s MSM enforcers push. His refusing to equate imaginary right-wing violence to real left-wing violence at the debate was correct, but he should have attacked the premise of the question. Any feigned concern for “white supremacist” terrorism cedes the moral high ground to Biden.

As the election nears, more violence is inevitable. Biden and the MSM are desperately citing Charlottesville and imaginary Klansmen precisely because the Antifa-BLM riots and murders are hurting Biden’s case. If Biden can bamboozle the public into believing the false narrative, he can claim the Right is the real enabler of our current chaos.

But the real enemy in this country is Antifa and BLM. 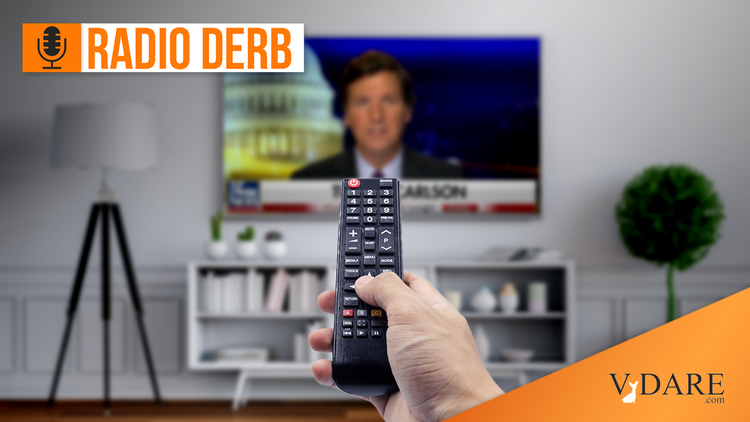 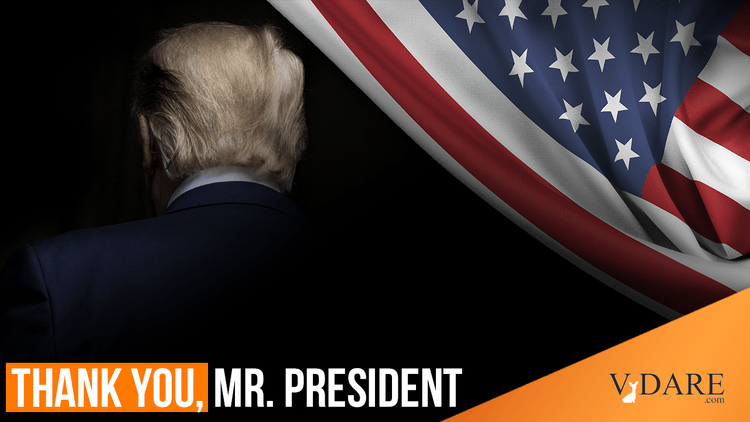 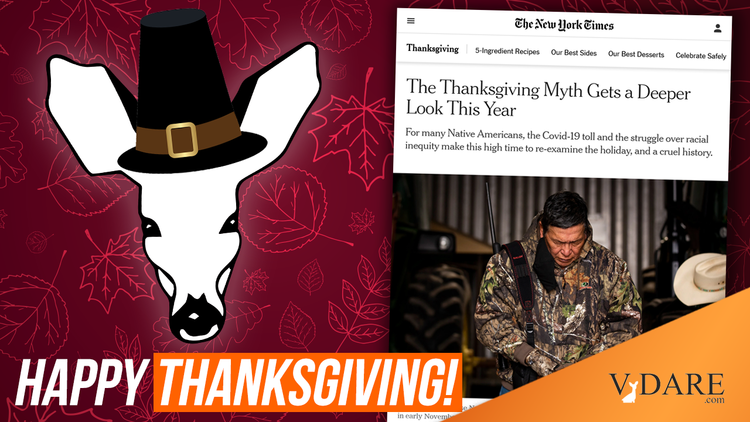 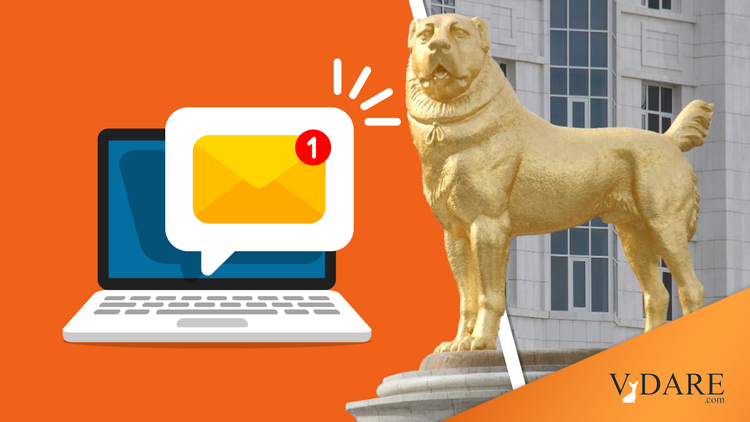 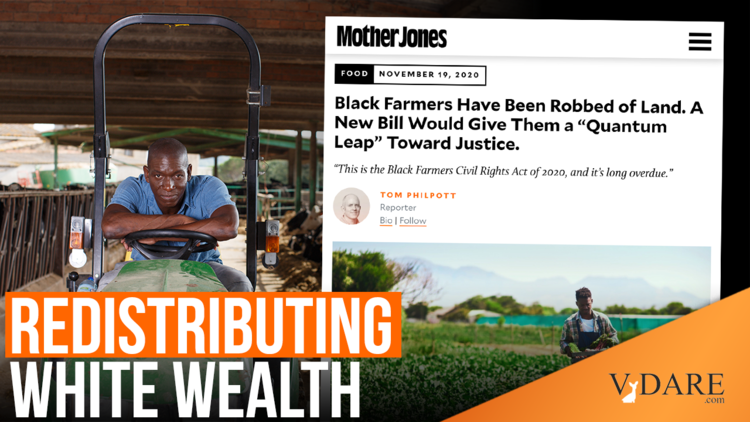 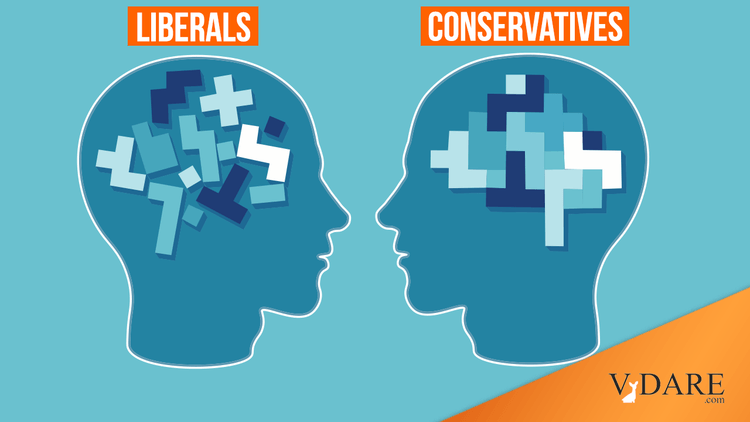 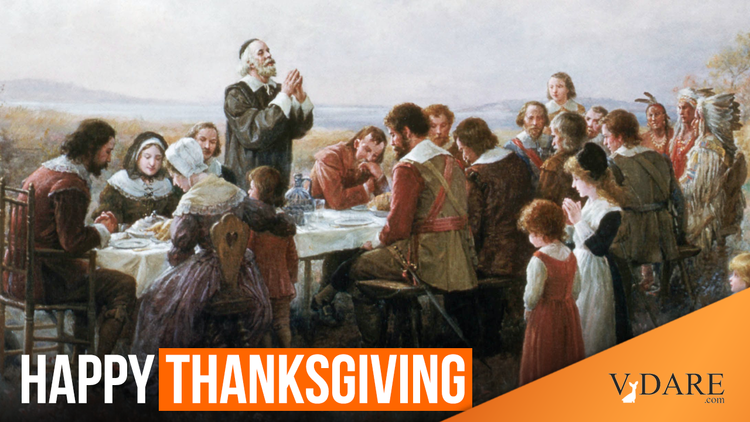 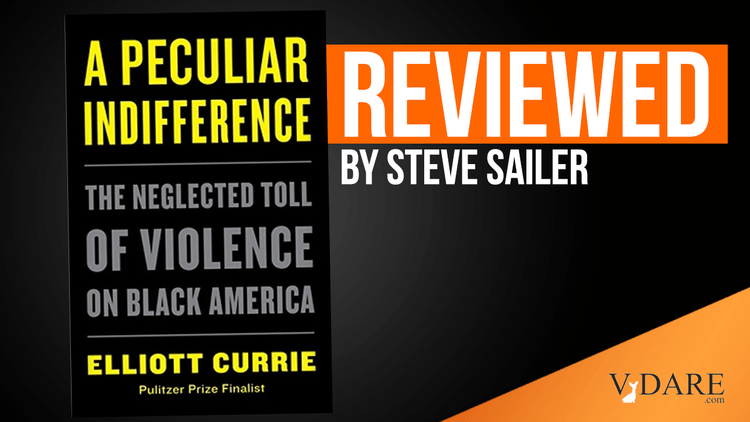