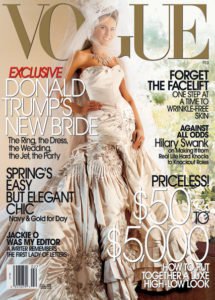 One usually doesn’t think of fashion models as skilled workers. President Donald Trump, married to a former fashion model, would beg to differ. And a good test of his commitment to patriotic immigration reform will be his willingness to persuade Congress to repeal legislation enabling foreign models to work here.

That law is a part of the H-1B visa hustle. H-1B visas are employer-sponsored temporary work permits, subject to approval by the U.S. Department of Labor, awarded to “highly-skilled” foreign workers possessed of at least a bachelor’s degree or its equivalent. The H-1B, good for an initial three years and renewable for another three, has an annual cap of 85,000 visas, with 20,000 of those slots reserved for foreigners holding graduate degrees from American universities.

Congress created the H-1B visa as part of the Immigration and Nationality Act 1990. It has become a pretext for hiring STEM (science, technology, engineering and mathematics) workers from abroad at salary and benefit levels lower those that similarly-skilled Americans would accept.

The H-1B visa is a good example of how a real crisis (domestic worker displacement and related fraud) can be created under the guise of resolving a nonexistent one (a domestic labor shortage). Back in 1998, as an amendment to the American Competitiveness Act, lawmakers stipulated that H-1B-dependent firms (those in which visa holders constitute 15 percent of the work force) make a good-faith effort to hire Americans first. But they also inserted a loophole: A firm did not have to make that effort if it paid the H-1B holder at least $60,000 a year and/or if the visa holder held at least a master’s degree.

Not surprisingly, companies gleefully exploited this loophole. At least some lawmakers recognize there is a problem. In a September 2009 letter to U.S. Citizenship and Immigration Services Director Alejandro Mayorkas, Sen. Charles Grassley, R-Iowa, called upon the agency to take more concerted action against H-1B fraud.

The agency can take immediate steps to eliminate fraud in the H-1B program, including cracking down on body shops that do not comply with the intent of the law. Employers need to be held accountable so that foreign workers are not flooding the market, depressing wages and taking jobs from qualified Americans. 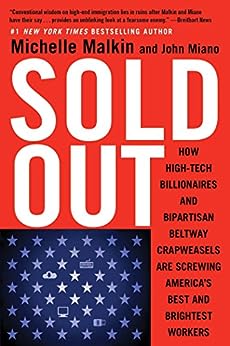 Fashion modeling fits right into this. Not long after Congress raced to amend the 1990 Immigration and Nationality Act, certain lawmakers recognized that fashion models were not included in “O” or “P” visa categories; i.e., the ones covering athletes, actors, novelists and other persons of “extraordinary” ability or achievement. In response, Sens. Ted Kennedy, D-Mass., and Alan Simpson, R-Wyo., stealthily inserted a technical amendment to include models as eligible for H-1B status. Former Rep. Bruce Morrison, D-Conn., now an immigration lawyer and lobbyist, who led the House immigration panel at the time, recalled: “It just wasn’t something anybody talked to us about.”

The arrangement went unchallenged for over a decade and a half. In 2007, then-Rep. Anthony Weiner, D-N.Y.—yes, him—decided to rectify the situation. He introduced a bill to move fashion models into one or more “O” or “P” categories in hopes of allowing up to 1,000 foreign models each year to come to the U.S. During a hearing, Weiner, a recipient of generous campaign donations from top modeling agencies for a planned (but not initiated) 2009 run for New York City mayor, stated: “The only question that we are trying to assess…is whether or not people who come in for a day or two at a time to do a photo shoot and then want to go back, whether we should facilitate that type of commerce.” House Judiciary Committee Chairman Rep. John Conyers, D-Mich., supported the measure, saying that placing models in the same category of highly skilled technical workers “increasingly caused real problems.”

The full committee approved the Weiner proposal by a 20-3 margin, but the legislation stalled. Rep. Steve King, R-Iowa, a critic clearly possessed of a sense of humor, dubbed the measure “the Ugly American Bill.”

Fashion models are eligible to apply for a H-1B visa if they meet three criteria:

As an incentive to boost immigration levels, the law states that foreign models, unlike other types of H-1B applicants, are not required to have a bachelor’s degree. Moreover, they may bring in dependent family members (nonworking spouses and children under age 21) under cover of an H-4 visa.

This may explain why models have such high approval rates. A study published in May 2013 by Bloomberg found that the Labor Department in 2010 approved 250 out of 478 applications for models, and 90,800 out of 325,000 applications (including renewals) for “computer-related occupations.” This translated into a 52 percent approval rate for models and a 28 percent rate for the far larger H-1Bgroup. And whereas virtually all H-1B tech applicants had at least a bachelor’s degree, over half of the models lacked even a high school diploma. The models’ relative lack of education apparently was not an impediment to their achieving a $161,000 average salary, almost three time the U.S. median household income.[H-1B Models Strut Into U.S. as Programmers Pray for Help, by Frank Bass and Kartikay Mehrotra, Bloomberg, May 20, 2013]

The Brookings Institution also has tracked data on this issue. A few years ago, Neil Ruiz, at the time the director of Brookings’ Metropolitan Policy Program and currently a law professor at George Washington University, found that 68 percent of applications for H-1B visas were filed from employers based in New York City. More than one in four models came from Brazil. [The Search for Skills: Demand for H-1B Immigrant Workers in U.S. Metropolitan Areas July 18, 2012]

American demand for models is high in part because so much money is at stake. According to the Joint Economic Committee of Congress, the fashion and apparel industry creates at least $250 billion in annual revenues and employs nearly two million people in this country. In New York City, the nation’s fashion capital, Fashion Week (held every February and September) generates a combined local economic impact of close to $900 million a year, according to City estimates. Not all fashion is created equal, of course. Selling elite merchandise requires hiring elite models to display it. And whether in photo shoots or runway walks, elite models tend to be young, tall, beautiful and poised. As the fashion industry sees it, if finding such women means going abroad, so be it.(Pictured right, Helena Sopar, one of many models from the Dinaric Alps.)

The industry certainly has the money to conduct the search. Altpoint Capital Partners, a New York City equity fund, owns the Ford Modeling Agency. A Dallas-based hedge fund, Newcastle Partners, is the principal investor in the Wilhelmina International agency. According to the 2013 Bloomberg study, these two agencies alone generated about 15 percent of the 11,751 modeling-related H-1B initial applications over the previous 10 years. Playboy Enterprises Inc. and Rizvi Traverse Management each filed more 200 applications during this period, as did Trump Model Management, founded by Donald Trump, our current president.

Not all Americans atop the fashion industry are enthused over the fact that many of our women (and in some cases, men) are being passed over by emigres. Ex-supermodel Janice Dickinson, who now owns her own modeling agency, put it this way in 2008 during debate over Rep. Weiner’s proposed bill: “Forget trying to bring in new meat. Let’s divvy it up between the Americans on American soil, please.”

But this is a dissenting voice. The prevailing industry view is that modeling should have no borders. Regrettably, that includes Corinne Nicolas, president of Trump Model Management. Back in 2008, she had this to say during the Weiner bill debate: “If there are girls that we can’t get into the United States, the client is going to take that business elsewhere. The market is calling for foreign girls.”[Weiner: Bring on hotties from overseas, Bt Jo Piazza and David Saltonstall, DAILY NEWS, June 12, 2008]

This is a problem for President Donald Trump: He must be as good as his word. He cannot afford to be duplicitous, ignoring the problem of mass immigration if it benefits the “right” people. Slovenian-born ex-model and now First Lady Melania Trump, who came to the U.S. in 1996 on a tourist visa might speak out as well.

Many female supermodels working in the U.S. over the years, whether or not aided by an H1-B visa, have been immigrants. They include: Gisele Bundchen (Brazil); Naomi Campbell (Great Britain); Miranda Kerr (Australia); Heidi Klum (Germany); Grace Jones (Jamaica); Kate Moss (Britain); Elle Macpherson (Australia); and Isabella Rossellini (Italy). But it isn’t as if modeling is a job that Americans won’t do. Our home-grown talent includes Kim Alexis, Carol Alt, Tyra Banks, Christie Brinkley, Cindy Crawford, Olivia Culpo, Bridget Hall, Marisa Miller, Carolyn Murphy, Christy Turlington and Kate Upton. Surely there are more where these came from.

Nobody is saying that supermodels from abroad should be prevented from working here. But they do have the option of applying for a resident visa or, failing that, an O-1 visa, reserved for persons of “extraordinary” ability (extraordinary beauty perhaps would be a more applicable term). The search for tomorrow’s American supermodels should focus on America.

Congress can do its part by repealing fashion model eligibility for H-1B visas. And after completing this task, lawmakers should move on to a more daunting one: canceling the H-1B program outright. This labor subsidy, borne most of all by U.S.-born tech workers, has gone on long enough.

Carl F. Horowitz is project director for National Legal and Policy Center, a Falls Church, Va.-based nonprofit organization dedicated to promoting ethics and accountability in American public life. He has a Ph.D. in urban planning and public policy, and has taught in the urban and regional planning program at Virginia Polytechnic Institute.