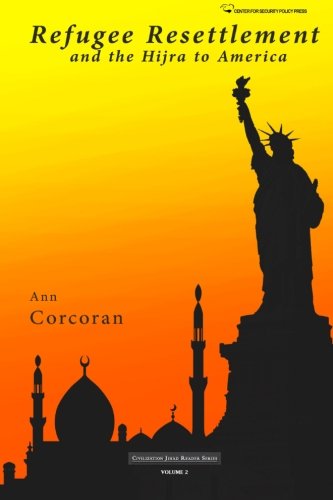 President Trump is denouncing "loopholes" in U.S. law, such as the asylum provision. Here’s another: the “R” class visa for so-called religious workers.

They are on "hijra," the Arabic term for migration, just as Muhammad made hijra from Mecca to Medina in the seventh century to spread his new religion and legal system.

They come in with "R" visas—R-1 visas for foreign “religious workers,” both clerics and religious lay persons; R-2 visas for their spouses and children under 21. These visas carry a 30-month term and can be renewed once for a total of five years. But at the end of five years, many religious workers have established a work history that allows them to obtain a green card offering permanent legal residency in the United States and a pathway to citizenship.

The R visa program is operated as if on autopilot by career civil servants working deep in the underbelly of the U.S. State Department. It apparently flies under the radar of the Trump Administration. Thus the number of R-1 visas issued grew by 3.7 percent during Trump's first year in office, to 4942. . [U.S. State Department Annual Reports on Visa Travel, 2017]

The U.S. government audited the religious-visa program was in 2006 and 2009, and on both occasions it found lots to be concerned about. Fraudulent applications ranged from 30 to 33 percent. [What Do You Do with A Visa Program with A Fraud Rate of 30-33%?, by David North, Center for Immigration Studies, February 4, 2010].

Needless to say, Congress did nothing

Ironically, it was Christians who pushed Congress to create a visa for foreign religious workers—in 1990, primarily at the behest of the Roman Catholic Church, which had a severe shortage of priests and wanted to import them. Of course, the government can't discriminate! So the door swung open for imams, rabbis, pastors and priests of all stripes.

But it is Muslims who are most dramatically enabled. Up to half of R-1 applicants are estimated to come from Islamic countries. (Naturally, the State Department isn’t saying). A 2012 Hartford Institute report found that 90 percent of full-time paid imams were foreign-born or foreign trained. Only three percent were trained in the U.S. And most imams in the U.S. received their training in Sharia law from two just Middle-Eastern universities—al-Azhar University in Egypt, a stronghold of the Muslim Brotherhood, and the Islamic University of Madinah in Saudi Arabi, which follows ultra-fundamentalist Salafism. Significant numbers also come from radical madrassahs in Pakistan. Half of all foreign-born imams working in the United States have arrived since the September 2001 terrorist attacks. [The American Mosque 2011, by Ihsan Bagby, The Hartford Institute, May 2012]

Some high-profile terrorists and other nogoodniks have slipped into the country this way.

Only one Congressman has ever raised the alarm: Rep. Steve King, R-Iowa. He introduced the Religious Worker Visa Reciprocity Act of 2017, which would prohibit DHS from approving a religious-worker visa application if DHS determined that the applicant's country of origin— In other words, if Saudi Arabia doesn't open up its country to American Christian missionaries, then their imams would not be issued visas to come and preach in the United States.

This is not likely to happen.

But the GOP leadership under House Speaker Paul Ryan made sure the bill stayed buried in committee.

Perhaps more concerning than terrorists slipping in as religious workers: foreign imams—without being violent themselves— preach a religious perspective focused on Sharia, an all-encompassing set of rules that includes honor violence against women, child marriage, polygamy, female genital mutilation, violence against homosexuals and other issues that don't mesh with Western ideals of tolerance and individual freedom. Furthermore, they might inspire others to become warriors for Allah at some point in the future when the call to violent jihad goes ringing out from the growing multitude of mosques?

This is how Western Europe became a danger zone—through the steady growth of mosques, staffed by Middle Eastern imams, cultivated sleeper cells that were activated years later. 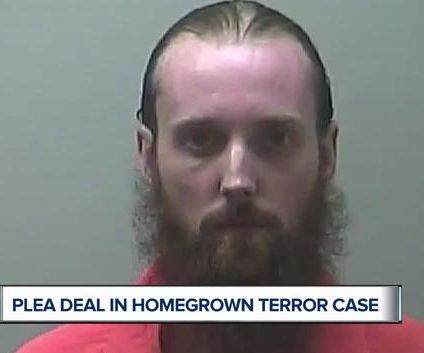 And it’s what happened with Sebastian Gregerson (right)is an American white who converted to Islam while in high school and became a follower of Suleiman Bengharsa, a Libyan-born imam based in Clarksburg, MD. Gregerson was arrested in 2016 after he amassed a cache of military-grade weapons, including grenades, AK-57s and thousands of rounds of ammunition, which he planned to use in acts of jihad. He was sentenced to four years—but Bengharsa remains free, even though the FBI suspected he may have been financing other weapons purchases by radicals [Maryland Imam Swept Up in Alleged 'Conspiracy' to Commit Jihad, by Leo Hohmann, WND.com, September 22, 2016]

The top leadership of the Assembly of Muslim Jurists of America, which issues fatwas and guidance for America's more than 3,200 Sunni mosques, are almost all foreign born. The leadership of the Council on American-Islamic Relations and other Muslim Brotherhood organizations are similarly dominated by foreign-born individuals.

But eventually they will transition to people like Linda Sarsour, the American-born daughter of Palestinian immigrants born here but reflecting the views of the previous generation that came from the Middle East.

Sarsour, a delegate to the 2016 DNC (and organizer of the post-Inauguration Day Women's March on Washington D.C.) told American Muslims in a speech to the annual convention of the Islamic Society of North America last summer they should not assimilate into American culture and should focus on waging jihad against the Trump administration. [Linda Sarsour Asks Muslims to Form 'Jihad' Against Trump, Not to Assimilate, by Ian Scwartz, Real Clear Politics, July 6, 2017]

And then there’s the example of Abdurahman Alamoudi. An Eritrean immigrant, he was appointed by presidents Clinton and Bush to head up a panel that approved Muslim chaplains to minister to  the US Armed Forces. Subsequently, he was convicted on terrorism-related charges and is now serving a 23-year sentence in federal prison!

But what about the chaplains he approved? Did they minister to Fort Hood shooter Nidal Hasan?

Notoriously, Trump still has not filled the political jobs in DHS, and without politicals in key positions, reforms do not take place. Hopefully, Mike Pompeo, the new Secretary of State designate, will bring more attention to these details.