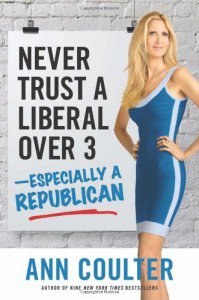 Now that a federal judge has held Obama's illegal executive amnesty unconstitutional, perhaps U.S. senators will remember that they swore to uphold the Constitution, too.

Back when they needed our votes before the last election, Republicans were hairy-chested warriors, vowing to block Obama's unconstitutional "executive amnesty"—if only voters gave them a Senate majority. The resulting Republican landslide suggested some opposition to amnesty.

Heading into the election, college professor Dave Brat took out the sitting House majority leader and amnesty supporter Eric Cantor in a primary, despite being outspent 40-1. It was the greatest upset in history since the 1980 "Miracle on Ice" at the Lake Placid Olympics: Never before has a House majority leader been defeated in a primary. And Brat did it by an astonishing 55.5 percent to 45.5 percent.

Again, the voters seemed to be expressing disquiet with amnesty.

After that, even amnesty-supporting Sen. Lamar Alexander, R-Tenn., was denouncing Obama's executive amnesty. "If the president were to do that," he said, "and we have a Republican majority in the United States Senate, why, we have a number of options that we don't now have to remind him to read Article I of the Constitution."

In other words, Obamacare is more popular than amnesty. That's like losing a popularity contest to Ted Bundy.

Before the election, then-Senate Minority Leader Mitch McConnell complained that Obama's decision to delay his executive amnesty until after the election was a ploy to prevent Americans from "hold(ing) his party accountable in the November elections."

But voters went ahead and held Obama accountable! Now McConnell is Senate majority leader—and he claims his hands are tied.

McConnell's spokesman at the National Republican Senatorial Committee, Brad Dayspring, predicted that Obama's amnesty threat would drive voters to "elect a new Senate (that) will stand up to the president."

Check! Mission accomplished! Done and done! Officially off our bucket list. OK, guys, your turn. When do you start standing up to the president? Hello? Hell-oooo?

To gin up votes, "Republican insiders" told the Washington Examiner last fall that "the results of the midterm elections" would determine how "aggressive" the GOP would be in fighting Obama's amnesty.

Voters gave you a blow-out victory, Republicans. You cleaned their clocks. (Have you seen Harry Reid lately?) Where's that promised aggression on amnesty?

Republicans and George Will tell us they can't stand up to Obama's executive amnesty because the media are unfair.

This is news to them? They didn't know the media were unfair when they were promising to block Obama's illegal amnesty before the elections? The media have blamed the GOP for every failure of Republicans and Democrats to reach an agreement since the Hoover administration. This isn't a surprise development.

Why don't Republicans attack the media? People hate the media! Their power is eroding—and it would erode a lot faster if Congress would challenge them. Instead of submitting to the media's blackmail, my suggestion is, take their gun away.

Tell voters what the media won't: that Obama's "amnesty" will give illegal aliens Social Security cards and three years of back-payments through the Earned Income Tax Credit, even though they never paid taxes in the first place.

Could we get a poll on that: Should the government issue work permits to illegal aliens and give them each $25,000 in U.S. taxpayer money? I promise you, Obama would lose that vote by at least 80-20. Even people vaguely supportive of not hounding illegal aliens out of the country didn't sign up to open the U.S. Treasury to them.

Tell voters that the media are refusing to report that, for the past two weeks, Senate Democrats have been filibustering a bill that would defund Obama's illegal amnesty.

Whether or not the Democrats continue to filibuster the bill containing the amnesty defund, the government won't shut down—contrary to hysterical claims by the media and George Will. The government is funded. Only the Department of Homeland Security (DHS) will be "defunded."

Nearly all DHS employees are "essential" personnel required to stay on the job even if the department is defunded—the Secret Service, the Transportation Security Administration, the Federal Emergency Management Agency, Customs and Border Protection and the Coast Guard.

By "government shutdown," the media mean: "some secretaries will not go to work."

Why don't Republicans spend all their airtime attacking the media for lying about what Obama's amnesty does and what the Democrats are doing? It's hard to avoid concluding that Republicans aren't trying to make the right arguments. In fact, it kind of looks like they're intentionally throwing the fight on amnesty.

If a Republican majority in both houses of Congress can't stop Obama from issuing illegal immigrants Social Security cards and years of back welfare payments, there is no reason to vote Republican ever again.