A man in a Home Depot truck deliberately drove into a bike path in lower Manhattan on Tuesday, mowing down cyclists and pedestrians, crashed into a school bus, then fled the truck, brandishing fake guns and shouting "Allahu akbar!" He was shot by a policeman and taken to the hospital. At least eight people were left dead and many more injured.

Those are the facts, but facts don't matter. In cases like this, what counts is the spin. The post-Islamic-attack commentary goes more like this ... 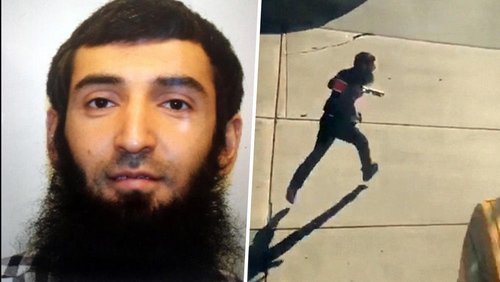 So far, the only concrete information we have about the driver is that he was a lone attacker, he is from Florida, and he has recently been living in New Jersey.

In the bubble of your white-skinned privilege, I know you badly wanted this to be a dark-skinned person, a foreigner—the "other"—but you're just going to have to accept the fact that the driver was a guy from Florida. Sayfullo Habibullaevic Saipov—just another homegrown terrorist.

Going forward, our most urgent task as a country is to figure out how to defeat Islamophobia. I plan to spend the rest of the week shaming Islamophobes on Twitter and Facebook.

For clarity, immediately after the incident, sources inside the New York Police Department debunked the "terrorism" narrative, saying that it was an incident of road rage between two truck drivers. At a press conference hours later, Police Commissioner James O'Neill refused to confirm whether the suspect had shouted "Allahu akbar" and declined to state the attacker's name or nationality.

I don't know why, since he's from Florida. But the bigotry of Islamophobia doesn't always pay attention to details.

Contrary to the toxic delusions of Faux News hosts, white men are a BIGGER domestic terrorist threat than Muslim foreigners.

Oops, no! I mean: WHITE SUPREMACIST, ALT-RIGHT NEO-NAZI James Alex Fields Jr. Although some of these assailants were born elsewhere, "extreme vetting" is not only racist, but most important, it doesn't work. An intelligence assessment by the Department of Homeland Security in March of this year found that most foreign-born U.S. terrorists become "radicalized" only after living in America for a number of years. Traditional masculinity, whiteness and heteronormativity are the root causes of terrorism. 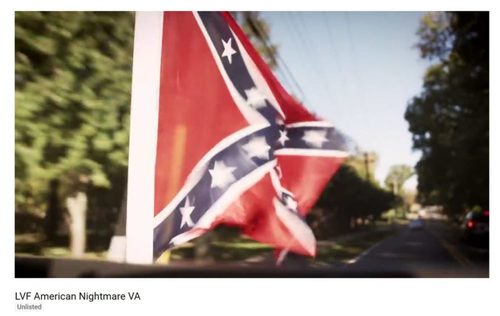 Chillingly, Tuesday's attack was predicted by an ad released just a day earlier against Virginia gubernatorial candidate Ed Gillespie. The ad, produced by the Latino Victory Fund, shows a white man in a pickup truck with a Confederate flag and a Gillespie campaign sticker chasing down innocent Hispanic and Muslim children.

We don't yet know if all the victims of Tuesday's attack were Mexican children.

The truth is, we are, as Phil Donahue used to say, a deeply racist society. If the perpetrator—again, Florida man Sayfullo Habibullaevic Saipov—was a person of color, this just proves it. Sayfullo was probably so ground down by Islamophobia that he felt the only option left to him was the event in lower Manhattan. This incident encapsulates the breadth of the battle against racism we have to fight every day in this country.

Perhaps Sayfullo could be faulted for blocking the bikers' lane, but the rest was the natural reaction to a society where, night after night, Fox News hosts indoctrinate viewers in irrational hatred toward "Islamic extremism."

Since announcing his candidacy, Donald Trump has done very little to make Muslims feel their space is safe. Immediately after the election, the Southern Poverty Law Center documented 140,849 reports of hijabs being ripped off marginalized Muslim women on college campuses across the nation.

Ironically, Trump wants to end the very "diversity lottery" that allowed Sayfullo to come to this country in the first place! The LAST thing we want to do is alienate members of this community. We need more members of the community to come here, so they can warn us about other members of their community.

New York's bad-ass governor, Andrew Cuomo, said it best: NEW YORKERS WILL NOT BE INTIMIDATED. Ordinary people who don't have security guards will have to learn to live with the occasional "terrorist attack." True patriotism is having faith in this country's ability to respond creatively, with extra airport screening, bollards, closed circuit cameras, check points, heavy policing and fewer public events.

If we truly, as a country, are committed to the American ideal of justice and equality for all, we can't wait until a crisis happens to build bridges, educate, counteract false narratives and foster peace.

I want to believe that a massive re-education program about white privilege would work. But at this point, we might have sunk too deep into our own Eurocentric entitlement for white people to begin to unpack their privilege.

What I would really like to have, but despair of ever having, is an honest conversation about race, requiring white Americans to sit down and patiently listen to hours and hours of angry denunciations of their privilege.

Perhaps the Latino Victory Fund could lead it.

But unfortunately, we are a nation of cowards. I know it takes balls to say that, but, like Gov. Cuomo, I am all balls.