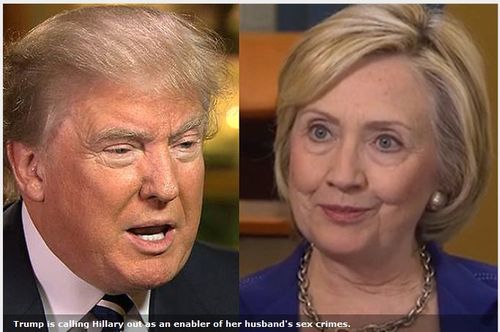 MSNBC's Chris Matthews has been scoffing at Donald Trump's description of Hillary Clinton as an "enabler" of her husband's serial abuse of women. Trump said:

"(Hillary's) got a problem. She's married to a person that's a serious abuser—and I mean, at the highest level. She's not an innocent victim. She was the one that would go along with him in this whole game that they play. She's not the innocent person sitting by his side, with tears in her eyes ..."

In disbelief, Matthews responded: "I have never heard anybody go after Hillary Clinton and say she's an enabler."

This is the equivalent of Keith Olbermann's indignant claim—after it was pointed out that he didn't go to the Ivy League Cornell, but to the non-Ivy agriculture school at Cornell—that "I have never before heard one graduate of one of the university's colleges belittling all its other colleges." (Cornell students are obsessed with the different schools on campus. Insiders' guides warn applicants about the snobbery of the Ivy League Cornellians toward the state college students.)

Matthews continued, "(Hillary) was shocked by Monica, and I believe that story that she had no idea something like that was going on in the White House. She was hurt by it. People could see the hurt in her face, what it had done to her." 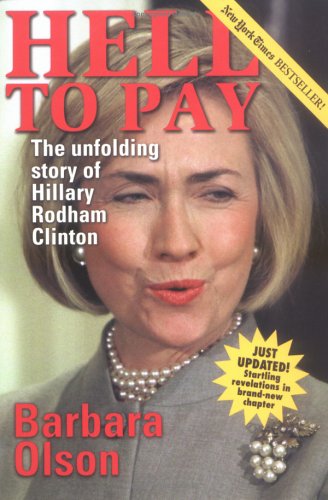 The way I remember it, some people did question Hillary's innocence about her husband's repeated, multiple sex scandals. So I ran a search—and look what turned up!

Matthews wouldn't drop the Hillary cover-up question, so Jay Carney—then with Time magazine, later President Obama's press secretary—finally answered: "It's unclear how much she knew, Chris, but it is implausible to a lot of people, including people very close to the president, that she knew as little as they're claiming that she knew."

In Matthews' defense, when it comes to Hillary, he isn't the only one with amnesia about Team Clinton.

That's why no one under 30 has ever heard of Gennifer Flowers, Juanita Broaddrick, Dolly Kyle Browning, Elizabeth Ward Gracen, Sally Perdue, Kathleen Willey and Monica Lewinsky. Nor have they heard that Hillary's explanation of all these alleged rapes, molestations (proved), gropings (proved) and sexual affairs (proved) was that there was a "vast right-wing conspiracy, conspiring against my husband."

At the time, no one believed Hillary wasn't in on the cover-up, even those "close to the president"—in the words of Obama's first press secretary, Carney. Of course, as Matthews said (in 1998): "Which is worse?" Either Hillary was Bill's co-conspirator in his abuse of women, or—as Matthews evidently believes today—she is the most gullible woman in the universe.