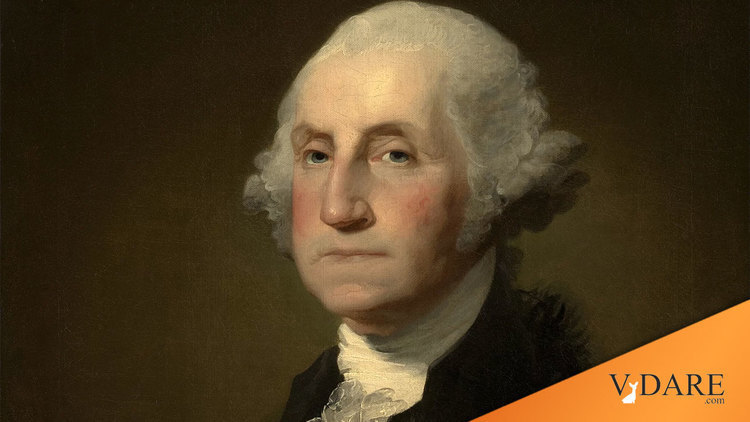 A Reader Disapproves of "Presidents' Birthday"…

Back in the Old America, you see, when holidays celebrated real people, real heroes and real events, Washington's Birthday really was an official holiday.  But in 1971, unbeknownst to most Americans, President Richard Nixon in his ineffable wisdom issued a non-binding proclamation changing it to "President's Day."  Most Americans probably never even knew that until fairly recently, when "President's Day" began to creep into popular usage. You now actually hear folks on the street talking about the various sensual delights they anticipate savoring over "President's Day," in a way that you just never do hear them blabber about the pleasures of the metric system or the federal government's daily dietary guidelines.

But now, just as "President's Day" seems finally to be catching on, come along the two congressmen who want to change it back. The two are Reps. Tom Tancredo of Colorado and Roscoe Bartlett of Maryland, and they are entirely right.

In the first place, as the nation seems to be learning as the latest Bill Clinton scandals unroll, not all presidents are worthy of respect or celebration. Whatever you think about the better known ones, there have been some who were outright scoundrels — Franklin Roosevelt, for one, repeatedly violated laws and the Constitution to drag us into war, and Abraham Lincoln himself trampled over laws and constitutional liberties persistently during the Civil War.  Not a few presidents may have been at least as light-fingered as Mr. Clinton, and a good many were mere mediocrities whose names would be entirely unknown had they not snoozed away their terms in the White House.

In the second place, there is no reason whatsoever to celebrate the presidency as an institution any more than there is to celebrate the other two branches of government. Why don't we also have a "Supreme Court Day" and a "Congress Day"? Each of the three branches of the federal government established by the Constitution is equal to and separate from the other, and the only reason to have a holiday for one branch is to purport that that branch is more important or more powerful than the others.  Given Mr. Nixon's monarchical proclivities, that may well be what he had in mind when he issued his proclamation.

The Bartlett-Tancredo bill, officially known as the Washington-Lincoln Recognition Act, would legally rename the Federal holiday that falls on the third Monday of February as "George Washington's Birthday" and would also require the president to issue a proclamation every year recognizing and honoring the birthday of Abraham Lincoln on its anniversary. As suggested above, I could do without the Lincoln part, but let that pass for now. Aside from correcting a flawed understanding of what holidays should be for, the bill is commendable for another reason as well.

Both Washington and Lincoln have come under attack because of what today is politely known as "political correctness" but is less politely and more accurately known as the totalitarian distortion of history. A few years ago, a public school in New Orleans dropped Washington from its official name on the grounds that he was a slave owner, while Lincoln has recently been clobbered by the editor of Ebony magazine as a white racist. By today's standards, both charges are true.

But, thankfully, today's standards are not engraved in stone, and even if they were, what purport to be today's standards are not necessarily everyone's standards or the proper standards.  The fact that Washington and Lincoln lived before the wickedness of white males and all their works was discovered seems to be lost on those who want to scrape their names out of American history. The real reason for the scraping - and of course it's not just Washington and Lincoln who will be scraped but just about everyone and everything else connected to the Old America - is political: to discredit and destroy the cultural and national identity of one people and construct and impose a new (and largely fictitious) one for another people.

"Use of the term 'President's Day,'" says Mr. Bartlett "insults the memory and denigrates the contributions of both George Washington and Abraham Lincoln." Restoring the holiday to honor the real men who really made our real history would not only rectify the blunder of President's Day but also give a swift and well-deserved kick in the shins to "Political Correctness" and its grim apostles. The sooner Congress passes the Bartlett-Tancredobill, the sooner Americans can start repossessing their real history and heritage.