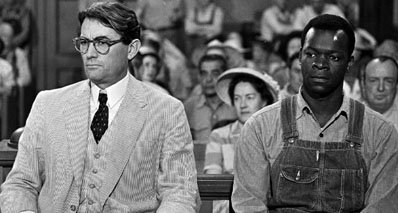 A Tale Of Two Mockingbirds: The Fatal Flaw Of The Civil Rights Movement 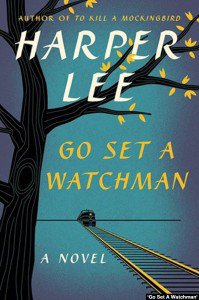 On July 14, 2015 a “new” novel appeared from author Harper Lee. Entitled Go Set a Watchman, it was actually Lee’s first novel, written years before her famous 1960 novel, To Kill a Mockingbird, but rejected by a major publisher in 1957. And while the dramatic changes to the iconic character Atticus Finch are creating headlines, what the novel really shows is how the optimistic expectations and assumptions behind the Civil Rights Movement, are, like the Old South itself, gone with the wind.

As celebrated in Mockingbird, the character of Finch proves a moral giant in the segregationist South by defending an African-American. In contrast, in Watchman, Finch is a diehard segregationist who defends a black man only because the law requires due process and because he fears that if he doesn’t take the case, the NAACP will disrupt the rhythm of Southern life. 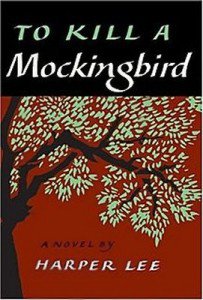 The only reason this book has been published now is because Harper Lee’s estate trustee found the manuscript in a safe deposit box. Lee herself is now 89, partially deaf and blind, living in a nursing home, and may or may not have actually consented to publication.

The source of the change lies more than a half century in the past, when Lee was a beginning writer. Harper Lee was close childhood friends with Truman Capote, a talented writer good at self-promotion and noted for his offbeat interests, and accompanied Capote on his trip to a Kansas prison to interview two killers whose brutal murders of a Kansas family he immortalized with the book In Cold Blood. Capote sent Lee to his publisher, Lippincott, but her manuscript was rejected. The editor suggested that Lee revise the work and tell the story as memories of one of the Finch children.

Between 1957 and 1960, however, Lee had time to realize that the Civil Rights movement was making major changes in both America and the South. So Lee’s original Atticus was modified to become a kind of white Martin Luther King, a Civil Rights hero that liberals could empathize with. And the strategy worked. The book was serialized in Reader’s Digest, sold sensationally, won a Pulitzer Prize, and was made into an iconic film starring Gregory Peck in 1962.

Yet the character of Atticus loses something in the change. As Lee reworked her manuscript after the rejection, she retained the ethical framework of the original Atticus because she very likely believed in the basic values of human rights and individual dignity. However, she eliminated the race realism that made the original Atticus a believable son of the Old South. In contrast, by endowing the Mockingbird Atticus with a very liberal view of blacks as equal in every way, wildly out of place in the Dixie of the time, Lee made a radical statement that would alienate many Southerners but would raise both Atticus (and herself) to lofty moral status.

Each version of Atticus has their own peculiar virtues and limitations. The Watchman Atticus was cynical and saw blacks as children unable to cope with modern life, a typical view in the old South. He noticed differences between blacks and Whites and made judgments based upon them, as did most White Southerners who had far more daily contact with “Negroes” than did White Northerners of the time. In contrast, Mockingbird’s Atticus exemplifies moral righteousness, but advances a concept of equality based on abstract legal and moral principles rather than experience. In short, he represents what many non-Southerners wanted to believe.

Since the Civil Rights Movement, we all have had plenty of experience with diversity. And the egalitarian vision dreamed of by liberals of the 1960s has not come to pass—forcing intellectuals to come up with new explanations for the movement’s failure.

This includes many faux conservatives. For example, New York Times professional token conservative David Brooks offers effusive praise to Between the World and Me, a new book by Ta-Nehisi Coates that purports to be a letter to his son, essentially yet another version of the self-pitying “The Talk” genre that got John Derbyshire in trouble when he satirized them by writing a white-oriented parody. Coates’ litany of white crimes and other kinds of malfeasance against innocent blacks is treated by Brooks with reverential respect, despite Coates’ obvious paranoia. And Brooks says:

The American Dream of equal opportunity, social mobility, and ever more perfect democracy cherishes the future more than the past. It abandons old wrongs and transcends old sins for the sake of a better tomorrow.

This perpetuates the fatal flaw of the Civil Rights movement: in an America of “equal opportunity,” success will be determined primarily by intelligence, which can generally be predicted by test scores and is not equally spread over all groups. Therefore, as “equal opportunity” fails to lead to “racial equality,” Coates and other black intellectuals are driven by anger and envy to largely abandon the use of logic, evidence, or honesty in trying to find a way out of the racial morass.

We are trapped in this multicultural swamp because liberals never anticipated what would happened once they created an integrated America. The Atticus of Mockingbird seemed to believe in an America where everyone is equal, but America after the Civil Rights movement is “equal” only in degradation. In an integrated America dominated by black influence on popular culture, traditional European-American culture is denigrated and degeneracy is praised.

In retrospect, Watchman’s Atticus, cynical and crude as he is, accurately anticipates how the end of the established order in the South would unleash destructive forces on the entire country.

As Ann Coulter notes in her brilliant new book Adios America!, liberals have created a vast demographic crisis as whites retreat out of misguided guilt and general ignorance. Because of their premise of absolute equality, our Cultural Marxist leaders are adding millions of Third Worlders to our population, even though they will compete with struggling African-Americans whose square peg doesn’t fit the round hole of a high tech America in which IQ plays a leading role and traits like self-control and future time orientation have high payoffs.

In all likelihood, Harper Lee could not have imagined the harm done to her country because of policies based on the moral premises of a character like Mockingbird’s Atticus Finch. Undoubtedly more intellectual than many in her Alabama town, she lived a reclusive life, as did fellow authors William Faulkner and Thomas Wolfe. Wolfe’s You Can’t Go Home Again, chronicling the outrage of a small town at an author who used their lives as raw material for a book, may have anticipated Lee’s dilemma.

But a half century after the “Dream” of legal equality was realized, we are learning that inherent human equality is simply a myth. The human-biodiversity movement, which explores the reality of human differences, flourishes online and is constantly flirting with a mainstream breakthrough. Human DNA has been fully sequenced by the Human Genome Project of 2002. Today hundreds of studies show that human groupings and races are not equal, and “equality of outcomes” will always remain an impossible goal.

Ironically it may be the Watchman Atticus who has the last say. Modern science supports the insight that that biologically-founded diversity makes equality of outcomes impossible. Southerners may have known early on that blacks and whites could not live too closely and achieve harmony. The chaos of today’s America is the price we pay for the naïve faith of the Mockingbird Atticus.

Cornelius J. Troost [Email him] author of Apes Or Angels?:Darwin, Dover, Human Nature, and Race, was a professor of science education at UCLA and chair of graduate studies at Brock University in Ontario, Canada. While at Brock Dr. Troost created an MA degree program in environmental education. He also worked on critical thinking tests for the Ontario Institute for Studies in Education at the University of Toronto